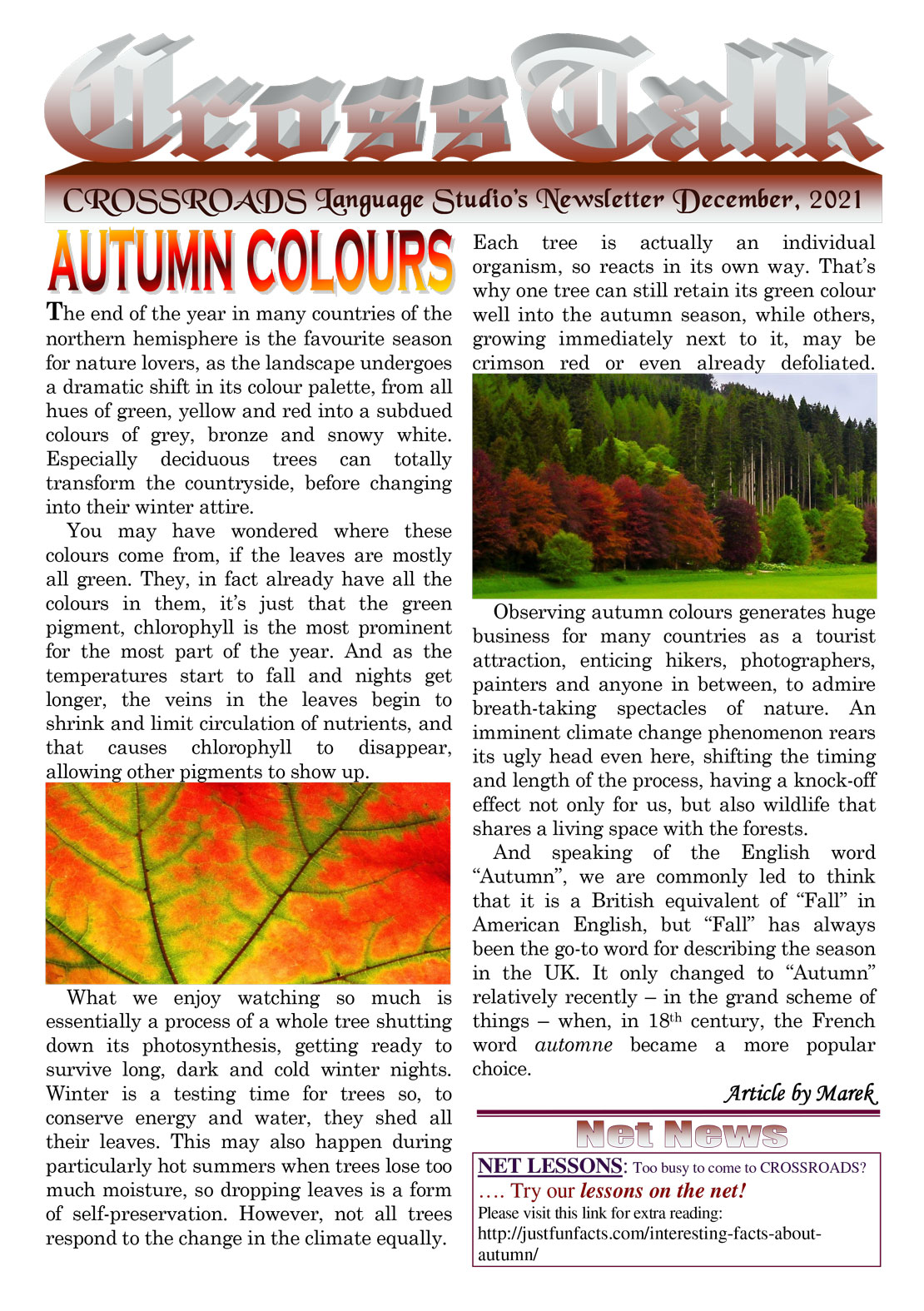 The end of the year in many countries of the northern hemisphere is the favourite season for nature lovers, as the landscape undergoes a dramatic shift in its colour palette, from all hues of green, yellow and red into a subdued colours of grey, bronze and snowy white. Especially deciduous trees can totally transform the countryside, before changing into their winter attire.
You may have wondered where these colours come from, if the leaves are mostly all green. They, in fact already have all the colours in them, it’s just that the green pigment, chlorophyll is the most prominent for the most part of the year. And as the temperatures start to fall and nights get longer, the veins in the leaves begin to shrink and limit circulation of nutrients, and that causes chlorophyll to disappear, allowing other pigments to show up.

What we enjoy watching so much is essentially a process of a whole tree shutting down its photosynthesis, getting ready to survive long, dark and cold winter nights. Winter is a testing time for trees so, to conserve energy and water, they shed all their leaves. This may also happen during particularly hot summers when trees lose too much moisture, so dropping leaves is a form of self-preservation. However, not all trees respond to the change in the climate equally

Each tree is actually an individual organism, so reacts in its own way. That’s why one tree can still retain its green colour well into the autumn season, while others, growing immediately next to it, may be crimson red or even already defoliated.
Observing autumn colours generates huge business for many countries as a tourist attraction, enticing hikers, photographers, painters and anyone in between, to admire breath-taking spectacles of nature. An imminent climate change phenomenon rears its ugly head even here, shifting the timing and length of the process, having a knock-off effect not only for us, but also wildlife that shares a living space with the forests.
And speaking of the English word “Autumn”, we are commonly led to think that it is a British equivalent of “Fall” in American English, but “Fall” has always been the go-to word for describing the season in the UK. It only changed to “Autumn” relatively recently – in the grand scheme of things – when, in 18th century, the French word automne became a more popular choice. 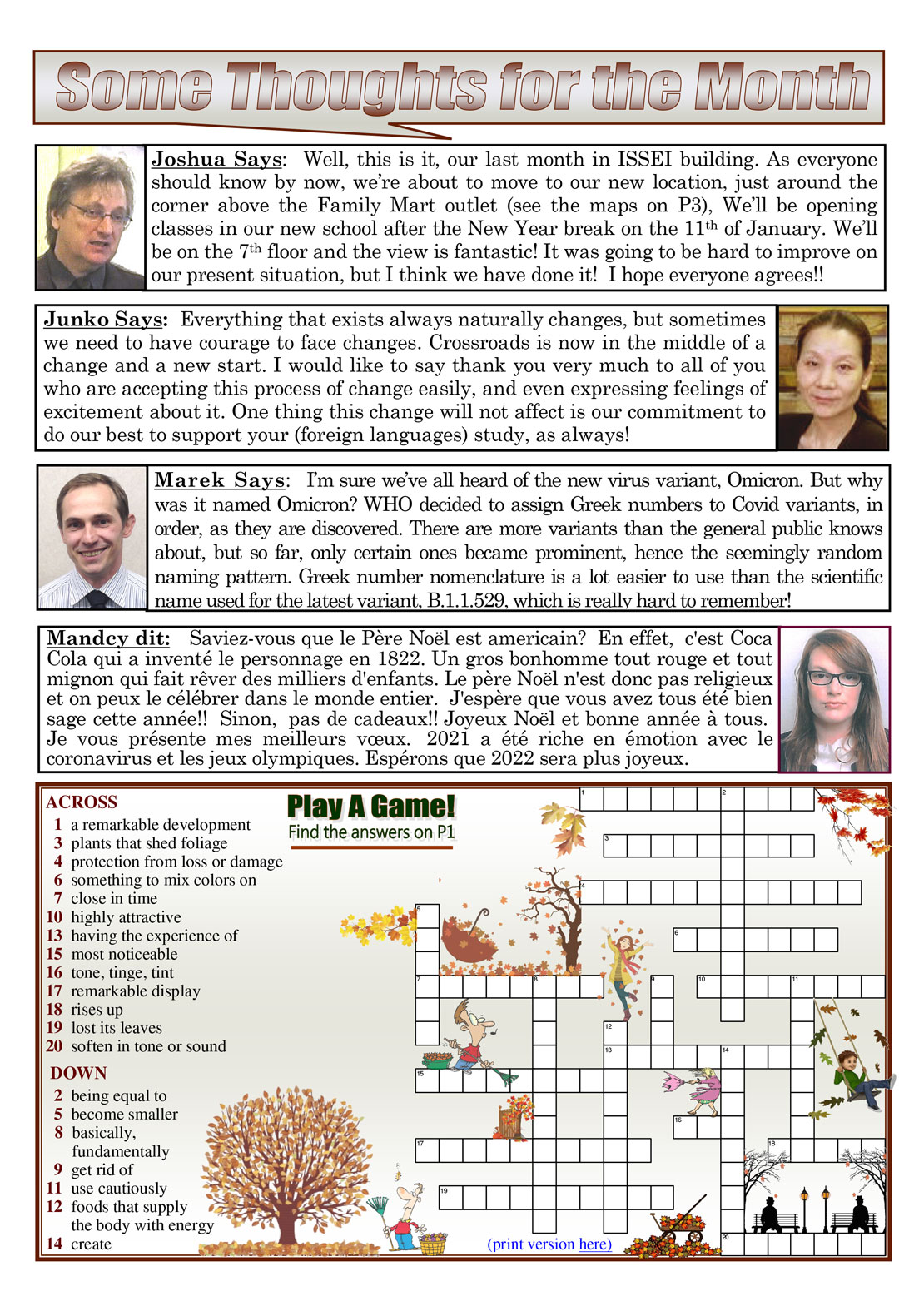 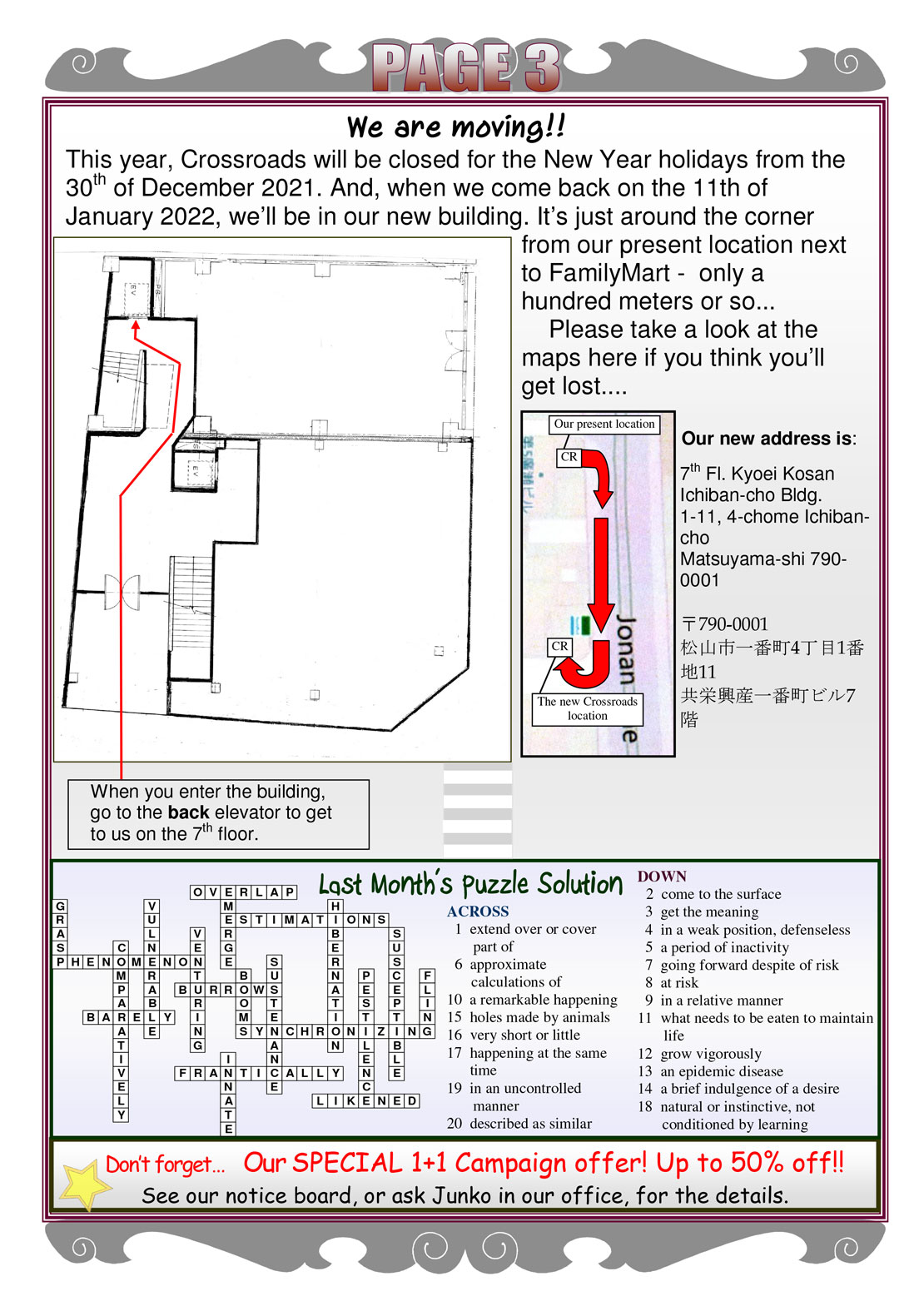