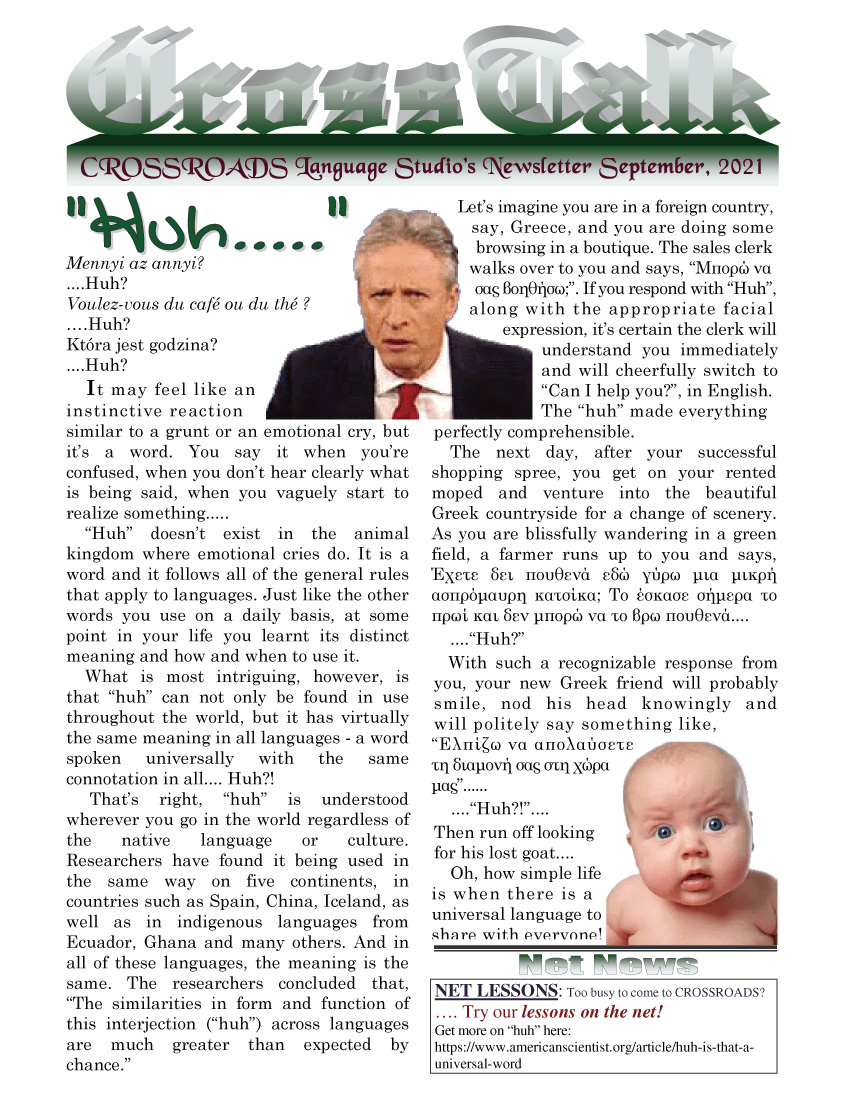 Mennyi az annyi?
….Huh?
Voulez-vous du café ou du thé ?
….Huh?
Która jest godzina?
….Huh?
It may feel like an
instinctive reaction
similar to a grunt or an emotional cry, but it’s a word. You say it when you’re confused, when you don’t hear clearly what is being said, when you vaguely start to realize something…..
“Huh” doesn’t exist in the animal kingdom where emotional cries do. It is a word and it follows all of the general rules that apply to languages. Just like the other words you use on a daily basis, at some point in your life you learnt its distinct meaning and how and when to use it.
What is most intriguing, however, is that “huh” can not only be found in use throughout the world, but it has virtually the same meaning in all languages – a word spoken universally with the same connotation in all…. Huh?!
That’s right, “huh” is understood wherever you go in the world regardless of the native language or culture. Researchers have found it being used in the same way on five continents, in countries such as Spain, China, Iceland, as well as in indigenous languages from Ecuador, Ghana and many others. And in all of these languages, the meaning is the same. The researchers concluded that, “The similarities in form and function of this interjection (“huh”) across languages are much greater than expected by chance.”


Let’s imagine you are in a foreign country,
say, Greece, and you are doing some
browsing in a boutique. The sales clerk
walks over to you and says, “Μπορώ να
σας βοηθήσω;”. If you respond with “Huh”,
along with the appropriate facial
expression, it’s certain the clerk will
understand you immediately and will cheerfully switch to “Can I help you?”, in English.
The “huh” made everything
perfectly comprehensible.
The next day, after your successful shopping spree, you get on your rented moped and venture into the beautiful Greek countryside for a change of scenery. As you are blissfully wandering in a green field, a farmer runs up to you and says, Έχετε δει πουθενά εδώ γύρω μια μικρή ασπρόμαυρη κατσίκα; Το έσκασε σήμερα το πρωί και δεν μπορώ να το βρω πουθενά….

With such a recognizable response from you, your new Greek friend will probably smile, nod his head knowingly and will politely say something like,
“Ελπίζω να απολαύσετε
τη διαμονή σας στη χώρα
μας”….. 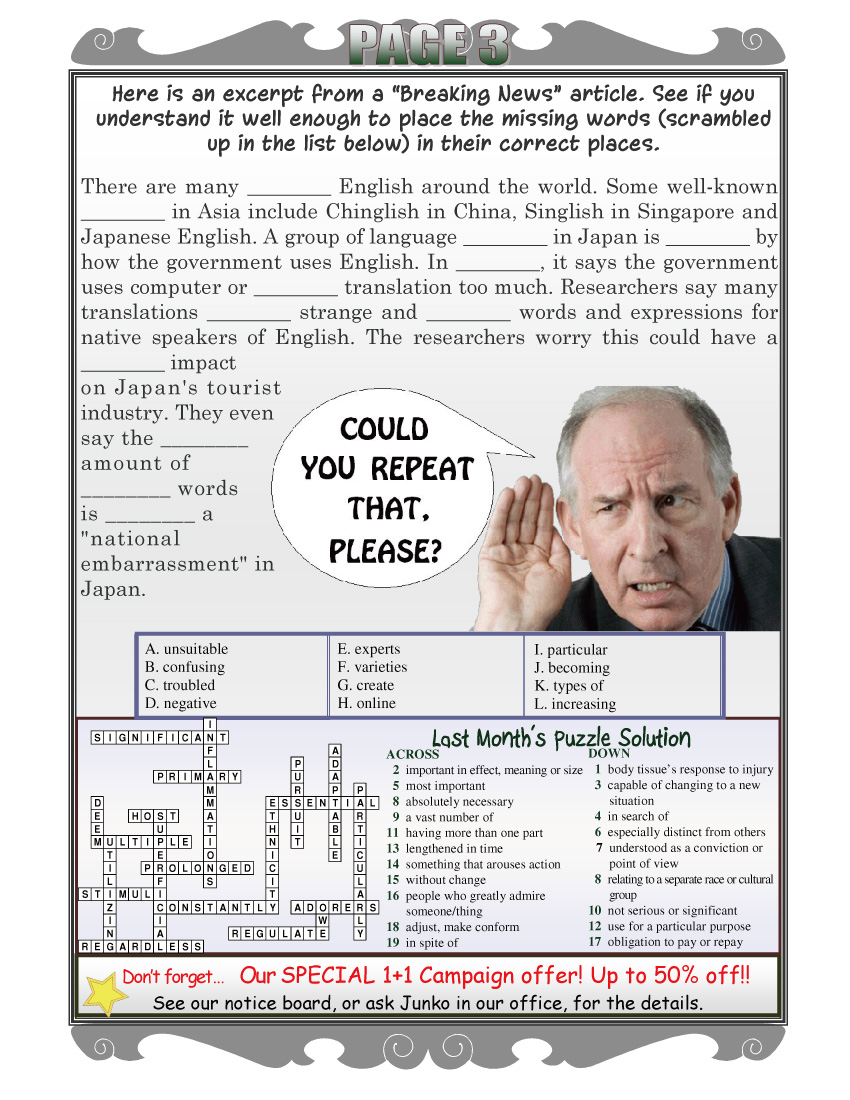