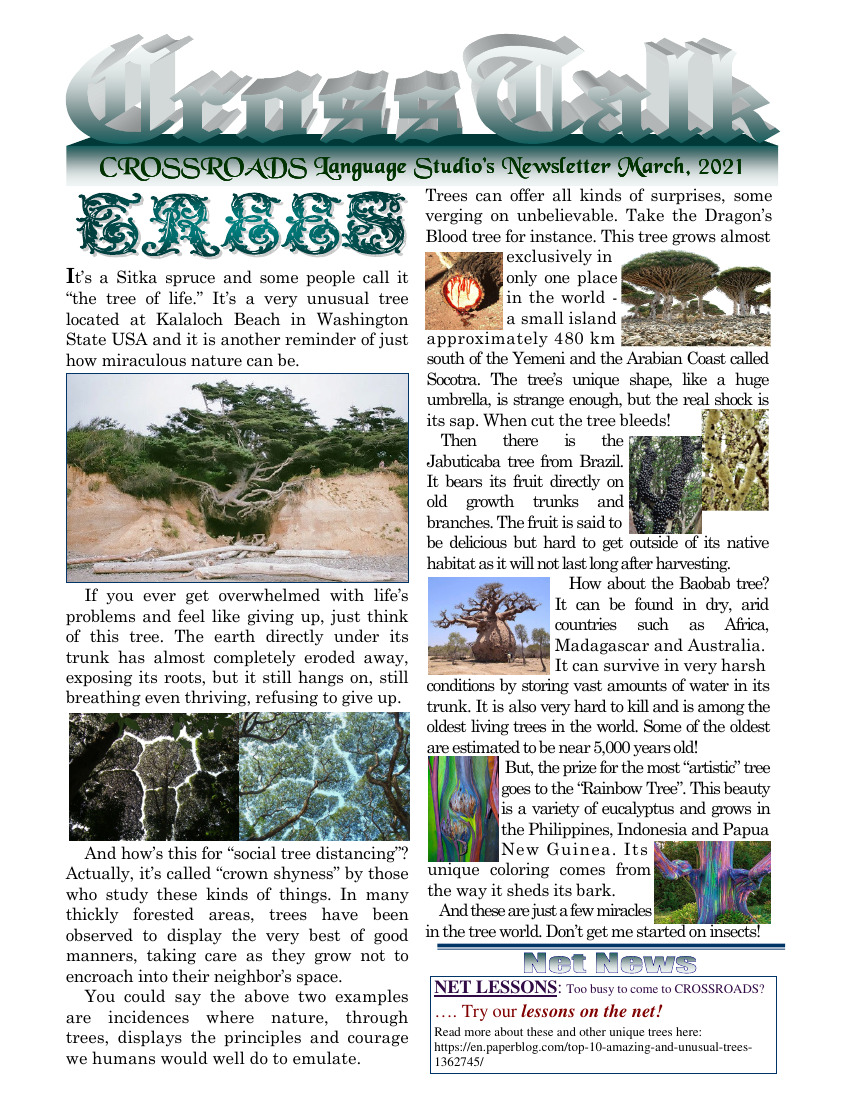 I t’s a Sitka spruce and some people call it “the tree of life.” It’s a very unusual tree located at Kalaloch Beach in Washington State USA and it is another reminder of just how miraculous nature can be.

ワシントン州のカラロックビーチにある「生命の木」
If you ever get overwhelmed with life’s problems and feel like giving up, just think of this tree. The earth directly under its trunk has almost completely eroded away, exposing its roots, but it still hangs on, still breathing even thriving, refusing to give up.

根根
And how’s this for “social tree distancing”? Actually, it’s called “crown shyness” by those who study these kinds of things. In many thickly forested areas, trees have been observed to display the very best of good manners, taking care as they grow not to encroach into their neighbor’s space.

You could say the above two examples are incidences where nature, through trees, displays the principles and courage we humans would well do to emulate.

Trees can offer all kinds of surprises, some verging on unbelievable. Take the Dragon’s Blood tree for instance. This tree grows almost exclusively in only one place in the world – a small island approximately 480 km south of the Yemeni and the Arabian Coast called Socotra. The tree’s unique shape, like a huge umbrella, is strange enough, but the real shock is its sap. When cut the tree bleeds!
Then there is the Jabuticaba tree from Brazil. It bears its fruit directly on old growth trunks and branches. The fruit is said to be delicious but hard to get outside of its native habitat as it will not last long after harvesting.

How about the Baobab tree? It can be found in dry, arid countries such as Africa, Madagascar and Australia. It can survive in very harsh conditions by storing vast amounts of water in its trunk. It is also very hard to kill and is among the oldest living trees in the world. Some of the oldest are estimated to be near 5,000 years old!

But, the prize for the most “artistic” tree goes to the “Rainbow Tree”. This beauty is a variety of eucalyptus and grows in the Philippines, Indonesia and Papua New Guinea. Its unique coloring comes from the way it sheds its bark.

And these are just a few miracles in the tree world. Don’t get me started on insects! 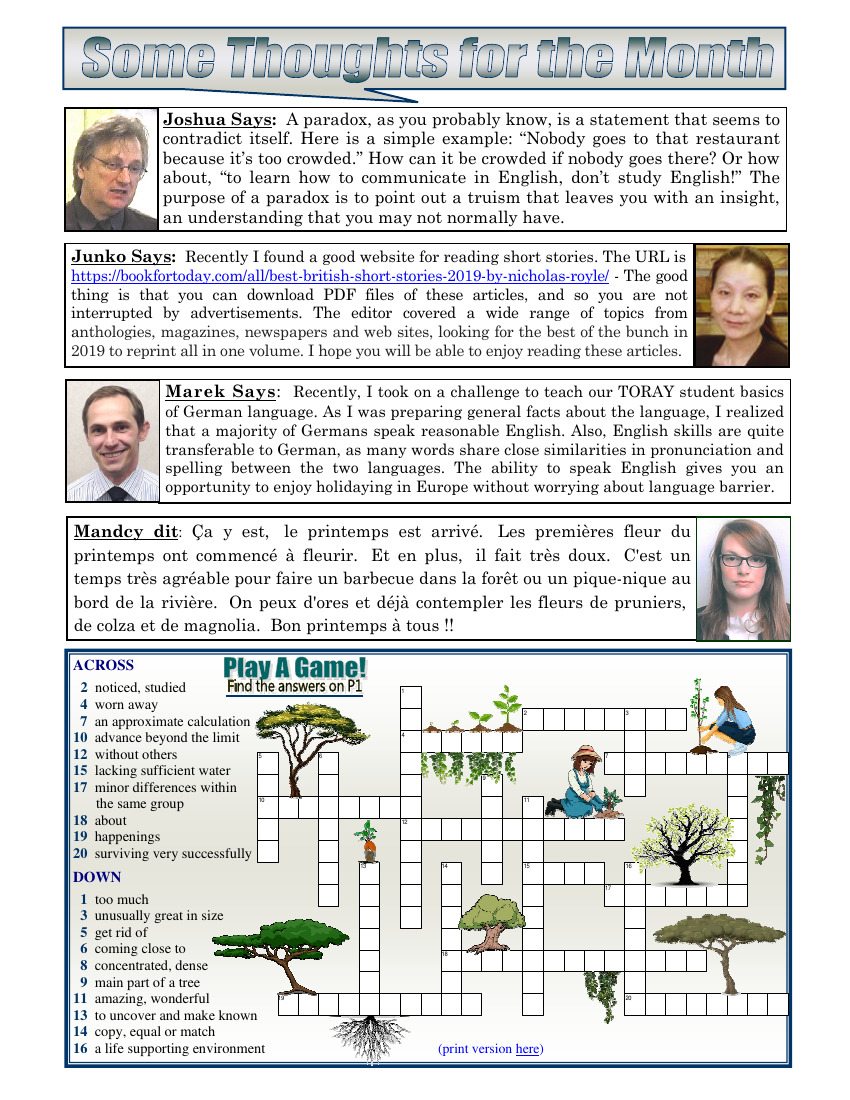 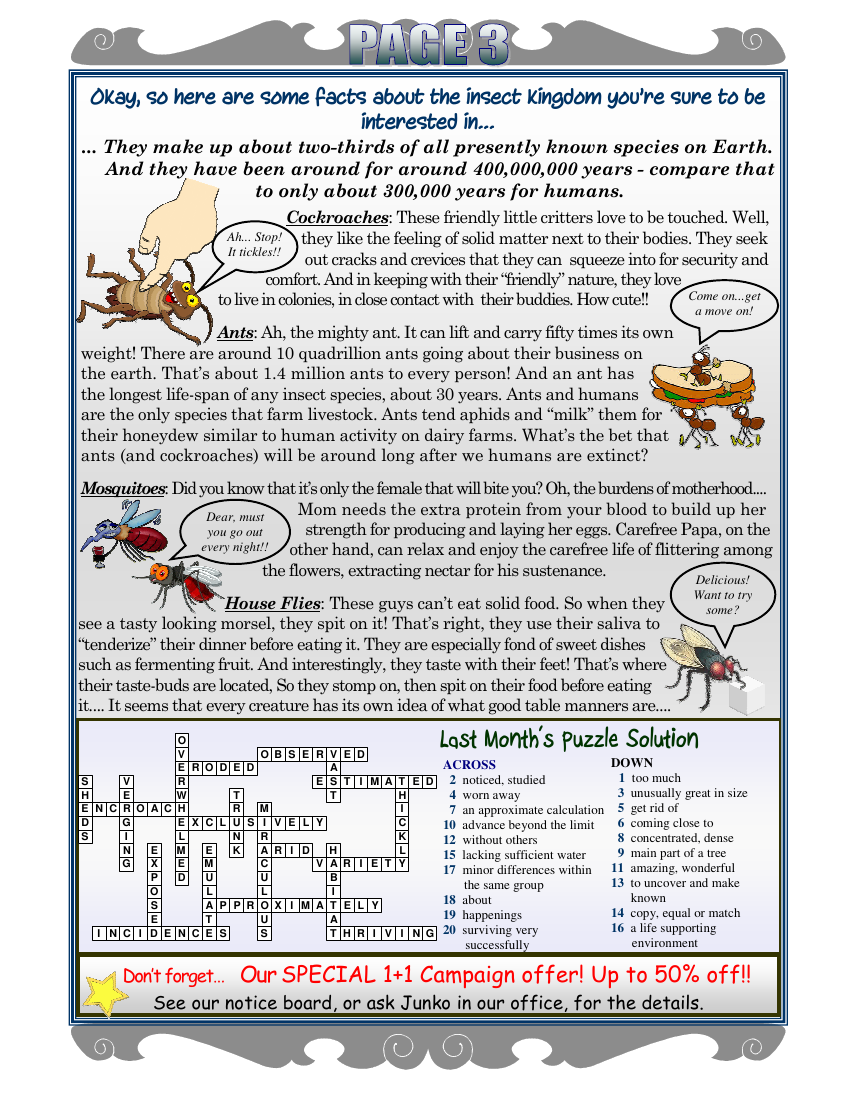