CROSSROADS Language Studio’s Newsletter January , 2021 WHY IS NORTH UP? 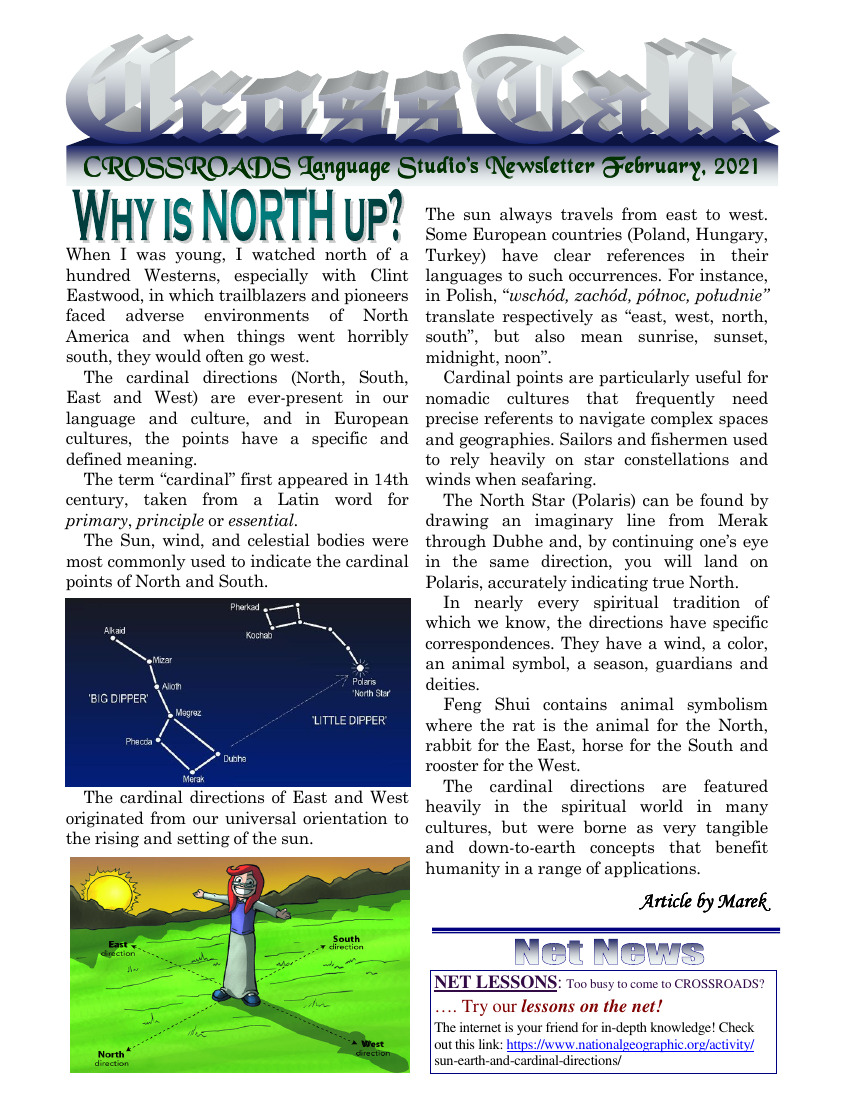 When I was young, I watched north of a hundred Westerns, especially with Clint Eastwood, in which trailblazers and pioneers faced adverse environments of North America and when things went horribly south, they would often go west.

The cardinal directions ( N orth, South, East and West) are ever-present in our language and culture, and in European cultures, the points have a specific and defined meaning.

The term “cardinal” first appeared in 14th century, taken from a Latin word for primary, principle or essential.

The Sun, wind, and celestial bodies were most commonly used to indicate the cardinal points of North and South.

北極星 ポラリス (こぐま座α星) みなみじゅうじ座 南極星
The cardinal directions of East and West originated from our universal orientation to the rising and setting of the sun.

Cardinal points are particularly useful for nomadic cultures that frequently need precise referents to navigate complex spaces and geographies. Sailors and fishermen used to rely heavily on star constellations and winds when seafaring.

The North Star (Polaris) can be found by drawing an imaginary line from Merak through Dubhe and, by continuing one’s eye in the same direction, you will land on Polaris, accurately indicating true North.

In nearly every spiritual tradition of which we know, the directions have specific correspondences. They have a wind, a color, an animal symbol, a season, guardians and deities.

Feng Shui contains animal symbolism where the rat is the animal for the North, rabbit for the East, horse for the South and rooster for the West.

The cardinal directions are featured heavily in the spiritual world in many cultures, but were borne as very tangible and down-to-earth concepts that benefit humanity in a range of applications. 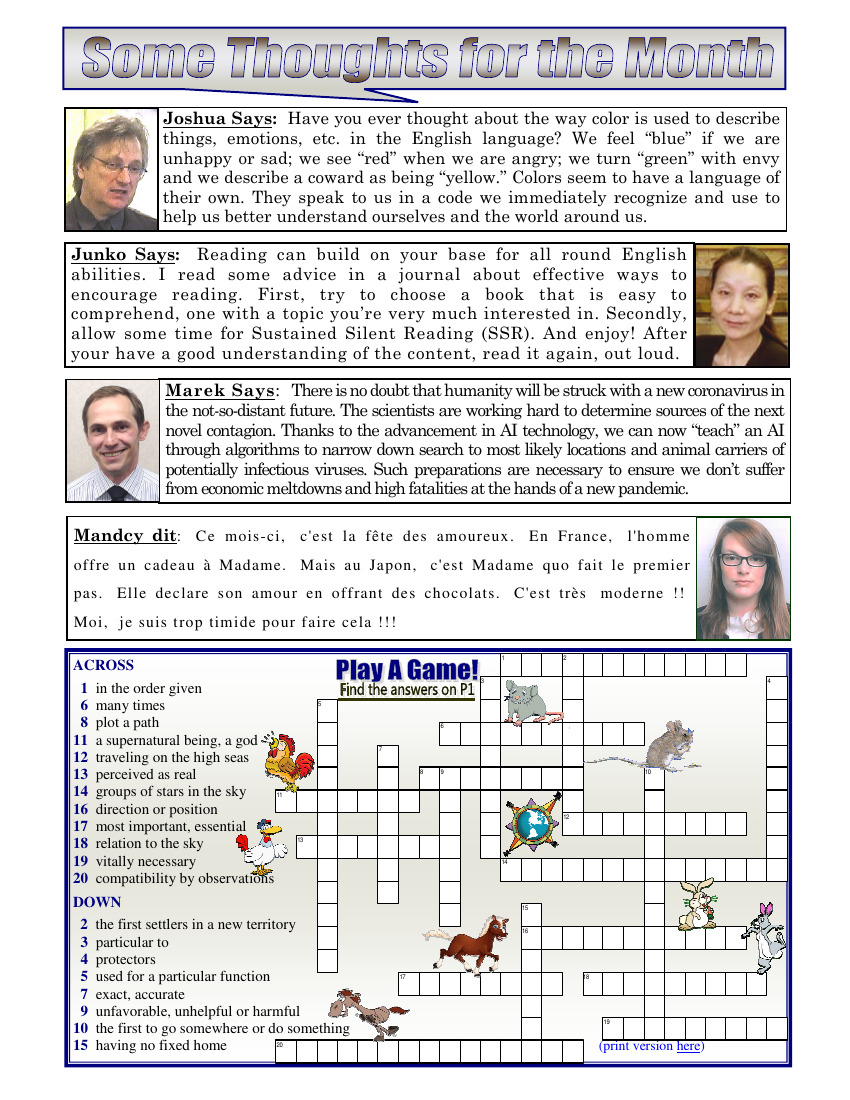 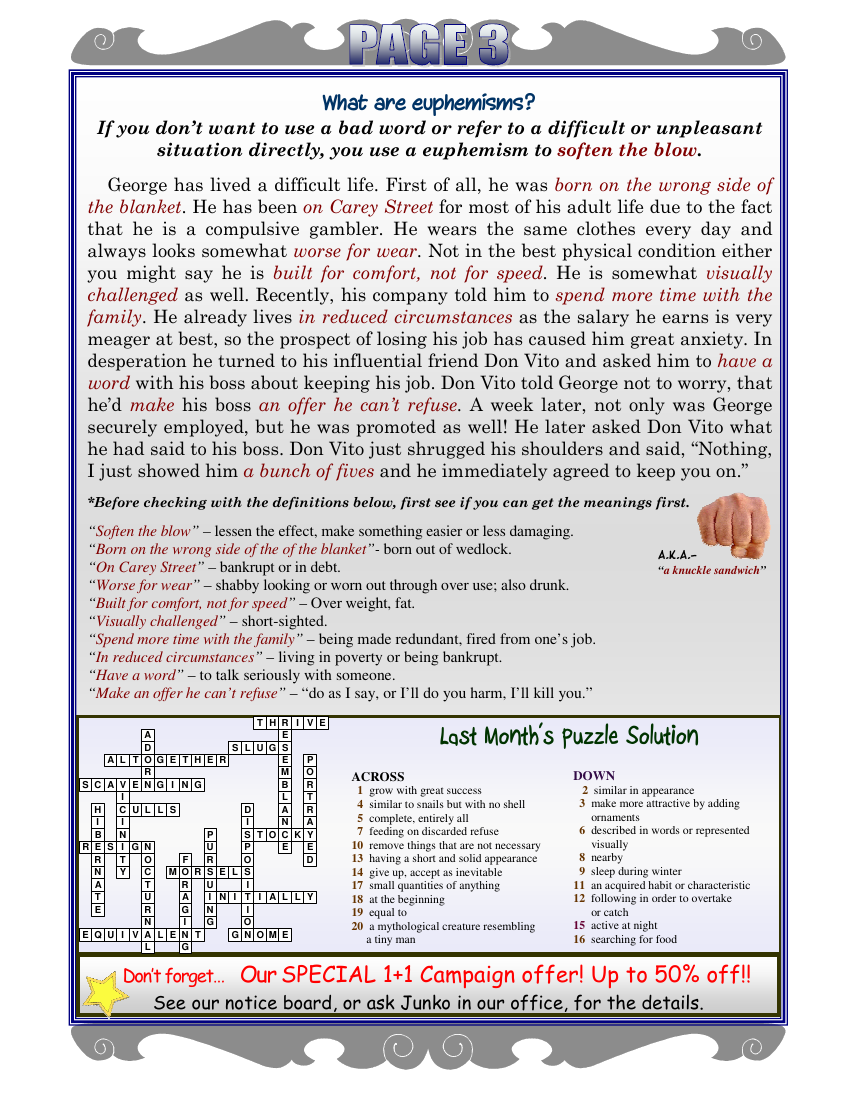