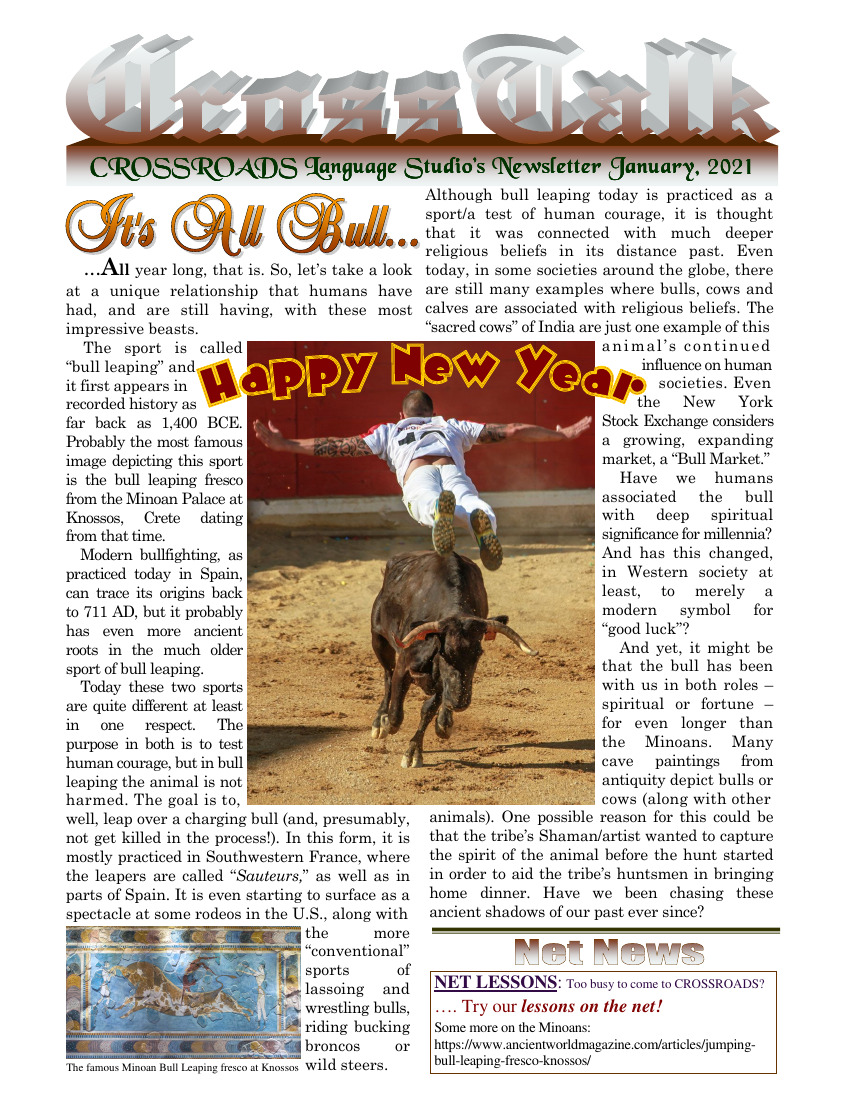 …A ll year long, that is. So, let’s take a look at a unique relationship that humans have had, and are still having, with these most impressive beasts.

闘牛 Happy New Year
The sport is called “bull leaping” and it first appears in recorded history as far back as 1,400 BCE. Probably the most famous image depicting this sport is the bull leaping fresco from the Minoan Palace at Knossos, Crete dating from that time.

Modern bullfighting, as practiced today in Spain, can trace its origins back to 711 AD, but it probably has even more ancient roots in the much older sport of bull leaping.

Today these two sports are quite different at least Ella in one respect. The purpose in both is to test human courage, but in bull leaping Janis the animal is not harmed. The goal is to, well, leap over a charging bull (and, presumably, not get killed in the process!). In this form, it is mostly practiced in Southwestern France, where the leapers are called “Sauteurs,” as well as in parts of Spain. It is even starting to surface as a spectacle at some rodeos in the U.S., along with the more “conventional” sports of lassoing and wrestling bulls, riding bucking broncos or The famous Minoan Bull Leaping fresco at Knossos wild steers.

Although bull leaping today is practiced as a sport/a test of human courage, it is thought that it was connected with much deeper religious beliefs in its distance past. Even today, in some societies around the globe, there are still many examples where bulls, cows and calves are associated with religious beliefs. The “sacred cows” of India are just one example of this animal’s continued influence on human societies. Even the New York Stock Exchange considers a growing, expanding market, a “Bull Market.”

Have we humans associated the bull with deep spiritual significance for millennia? And has this changed, in Western society at least, to merely a modern symbol for “good luck”?

And yet, it might be that the bull has been with us in both roles – spiritual or fortune – for even longer than the Minoans. Many cave paintings from antiquity depict bulls or cows (along with other animals). One possible reason for this could be that the tribe’s Shaman/artist wanted to capture the spirit of the animal before the hunt started in order to aid the tribe’s huntsmen in bringing home dinner. Have we been chasing these ancient shadows of our past ever since? 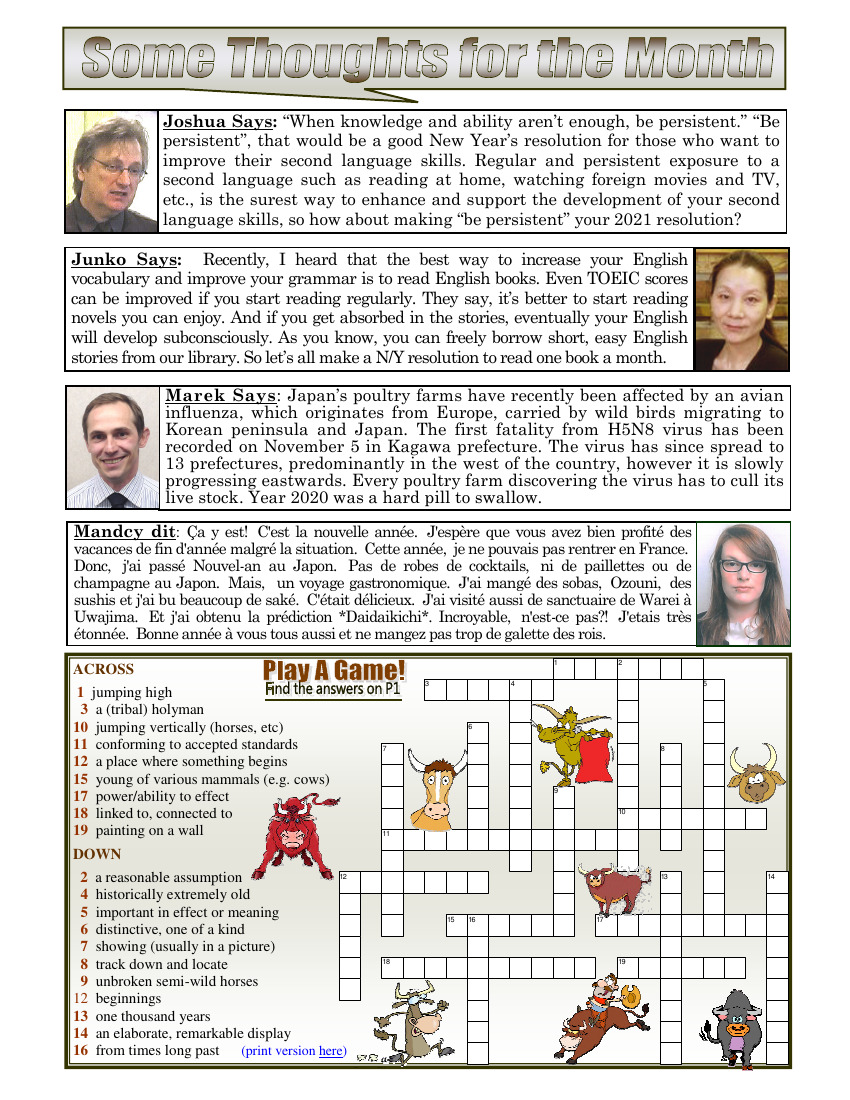 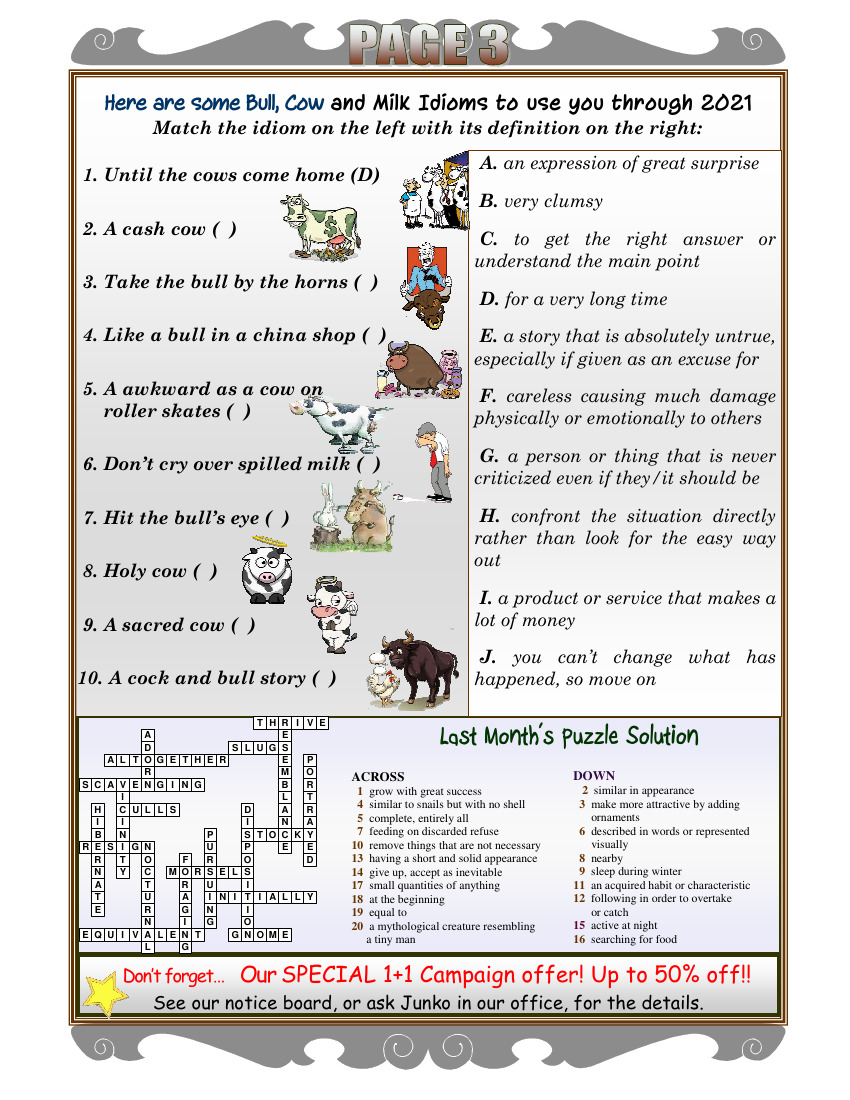