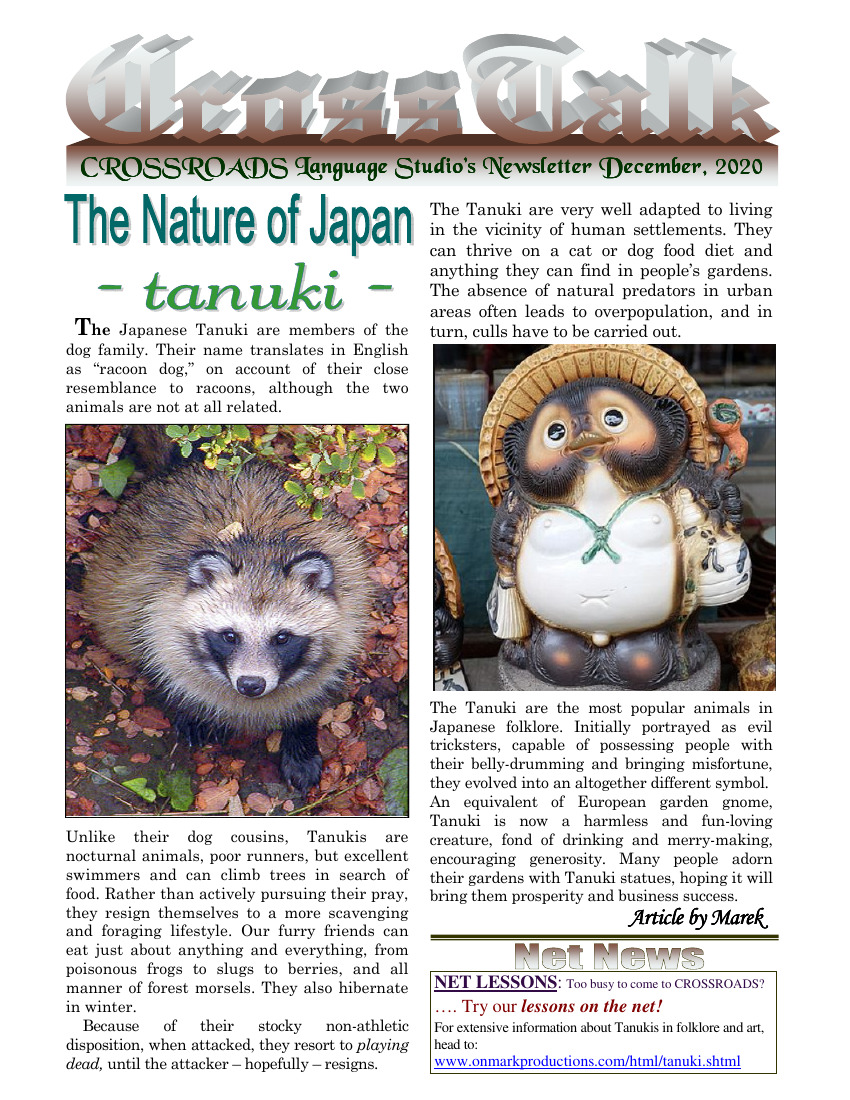 T he Japanese Tanuki are members of the dog family. Their name translates in English as “racoon dog,” on account of their close resemblance to racoons, although the two animals are not at all related.

たぬき 狸
Unlike their dog cousins, Tanukis are nocturnal animals, poor runners, but excellent swimmers and can climb trees in search of food. Rather than actively pursuing their pray, they resign themselves to a more scavenging and foraging lifestyle. Our furry friends can eat just about anything and everything, from poisonous frogs to slugs to berries, and all manner of forest morsels. They also hibernate in winter.

Because of their stocky non-athletic disposition, when attacked, they resort to playing dead, until the attacker – hopefully – resigns.

The Tanuki are very well adapted to living in the vicinity of human settlements. They can thrive on a cat or dog food diet and anything they can find in people’s gardens. The absence of natural predators in urban areas often leads to overpopulation, and in turn, culls have to be carried out.

陶器のたぬき
The Tanuki are the most popular animals in Japanese folklore. Initially portrayed as evil tricksters, capable of possessing people with their belly-drumming and bringing misfortune, they evolved into an altogether different symbol. An equivalent of European garden gnome, Tanuki is now a harmless and fun-loving creature, fond of drinking and merry-making, encouraging generosity. Many people adorn their gardens with Tanuki statues, hoping it will bring them prosperity and business success. 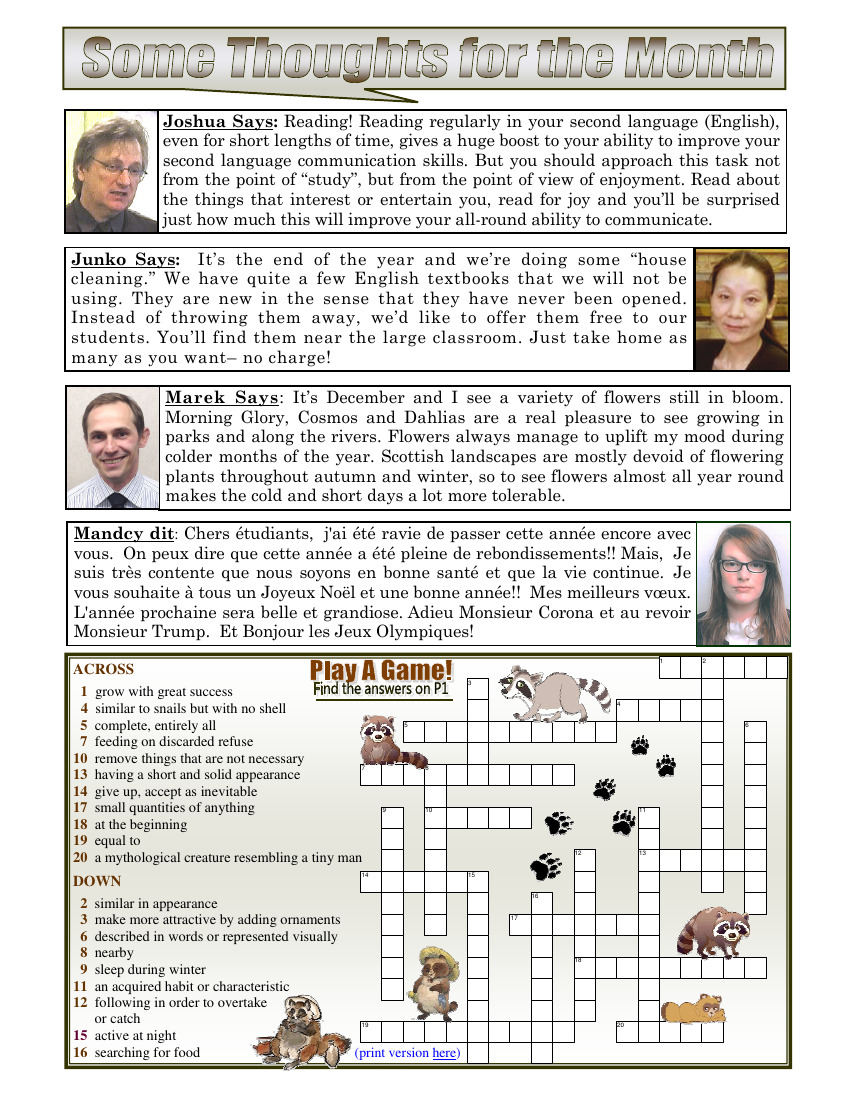 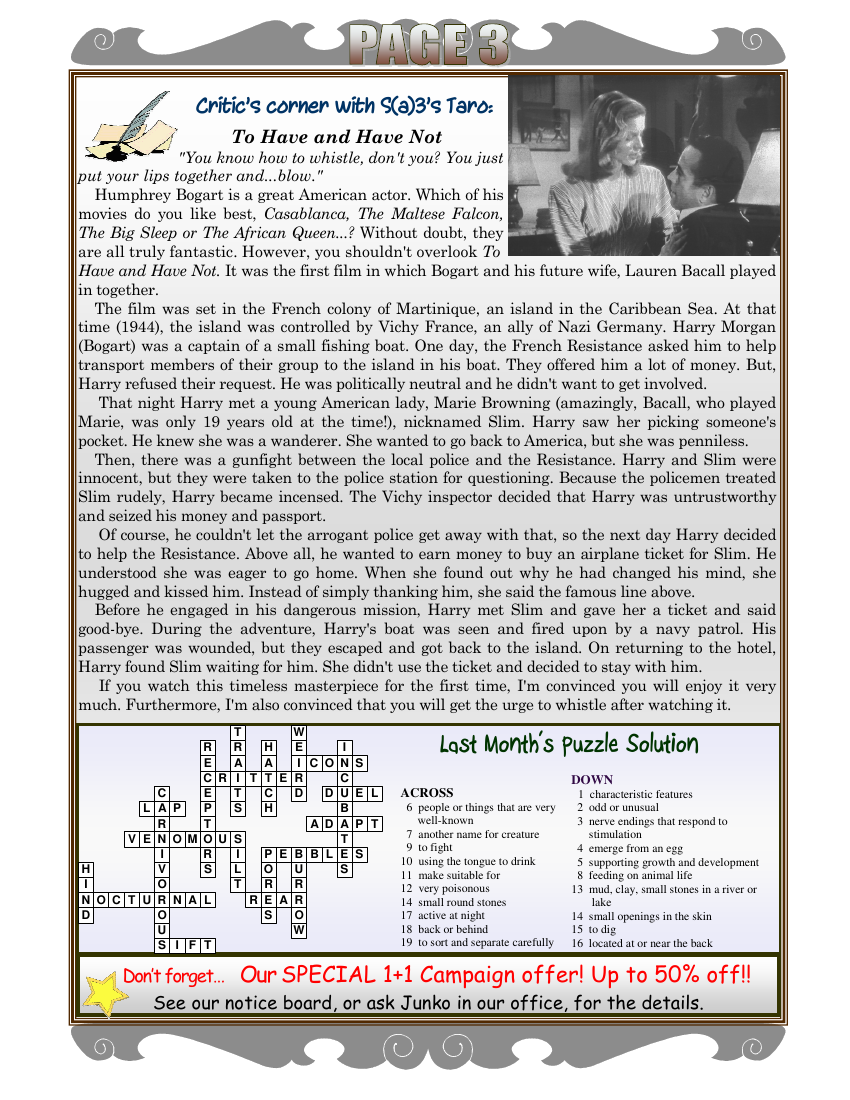