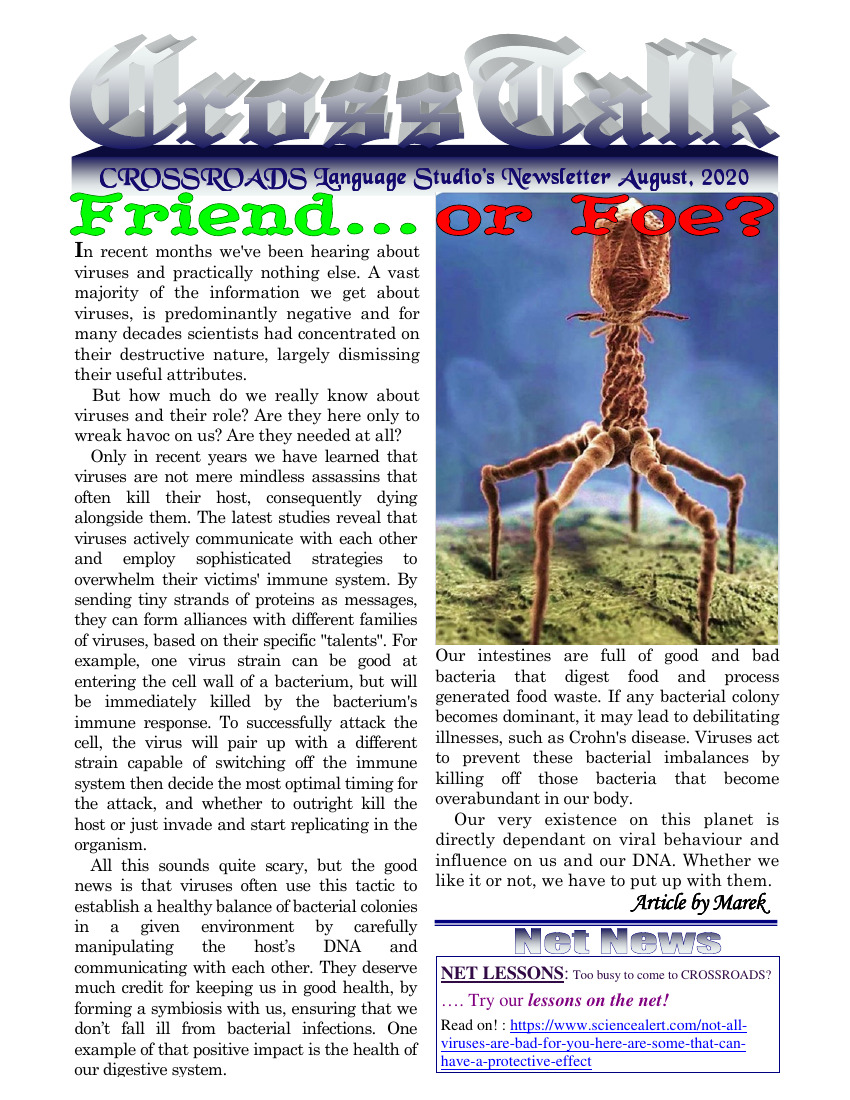 I n recent months we’ve been hearing about viruses and practically nothing else. A vast majority of the information we get about viruses, is predominantly negative and for many decades scientists had concentrated on their destructive nature, largely dismissing their useful attributes.

But how much do we really know about viruses and their role? Are they here only to wreak havoc on us? Are they needed at all?

Only in recent years we have learned that viruses are not mere mindless assassins that often kill their host, consequently dying alongside them. The latest studies reveal that viruses actively communicate with each other and employ sophisticated strategies to overwhelm their victims’ immune system. By sending tiny strands of proteins as messages, they can form alliances with different families of viruses, based on their specific “talents”. For example, one virus strain can be good at entering the cell wall of a bacterium, but will be immediately killed by the bacterium’s Ella immune response. To successfully attack the cell, the virus will pair up with a different strain capable of switching off the immune Janis then decide the most optimal timing for system the attack, and whether to outright kill the host or just invade and start replicating in the organism.

All this sounds quite scary, but the good news is that viruses often use this tactic to establish a healthy balance of bacterial colonies in a given environment by carefully manipulating the host’s DNA and communicating with each other. They deserve much credit for keeping us in good health, by forming a symbiosis with us, ensuring that we don’t fall ill from bacterial infections. One example of that positive impact is the health of our digestive system.

ウイルス
Our intestines are full of good and bad bacteria that digest food and process generated food waste. If any bacterial colony becomes dominant, it may lead to debilitating illnesses, such as Crohn’s disease. Viruses act to prevent these bacterial imbalances by killing off those bacteria that become overabundant in our body.

Our very existence on this planet is directly dependant on viral behaviour and influence on us and our DNA. Whether we like it or not, we have to put up with them. 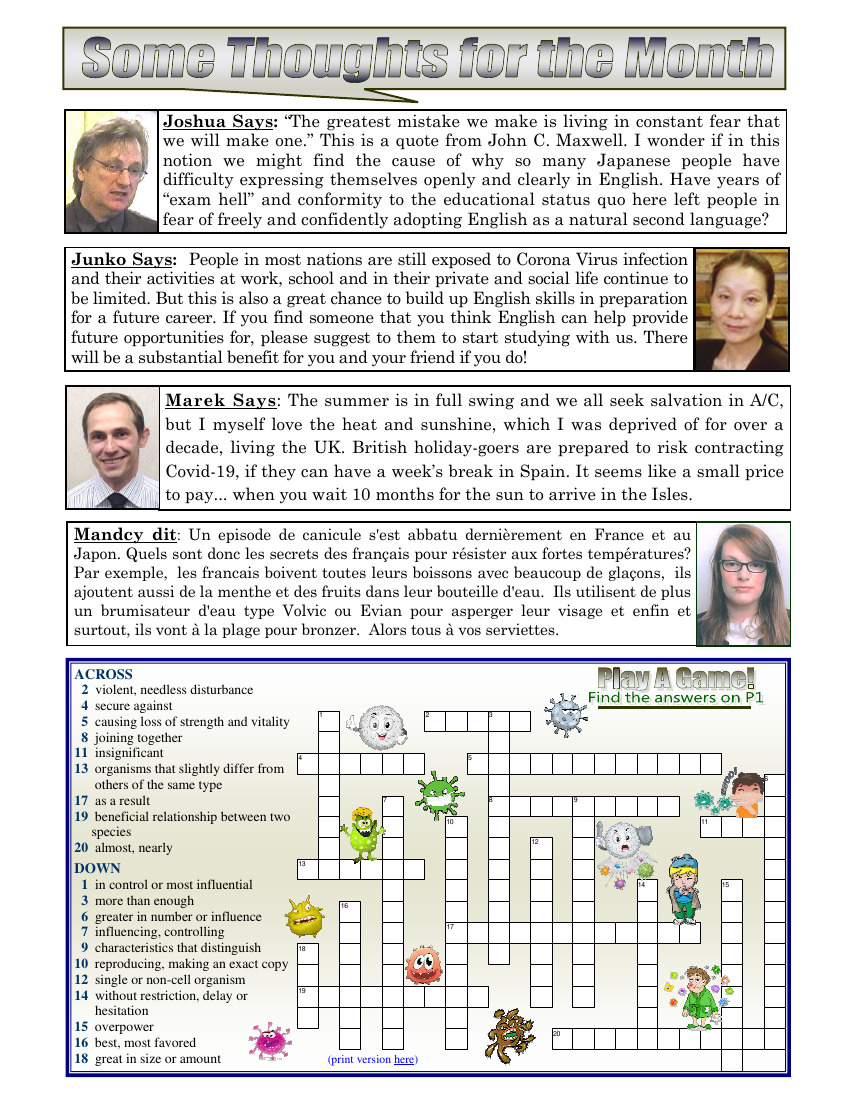 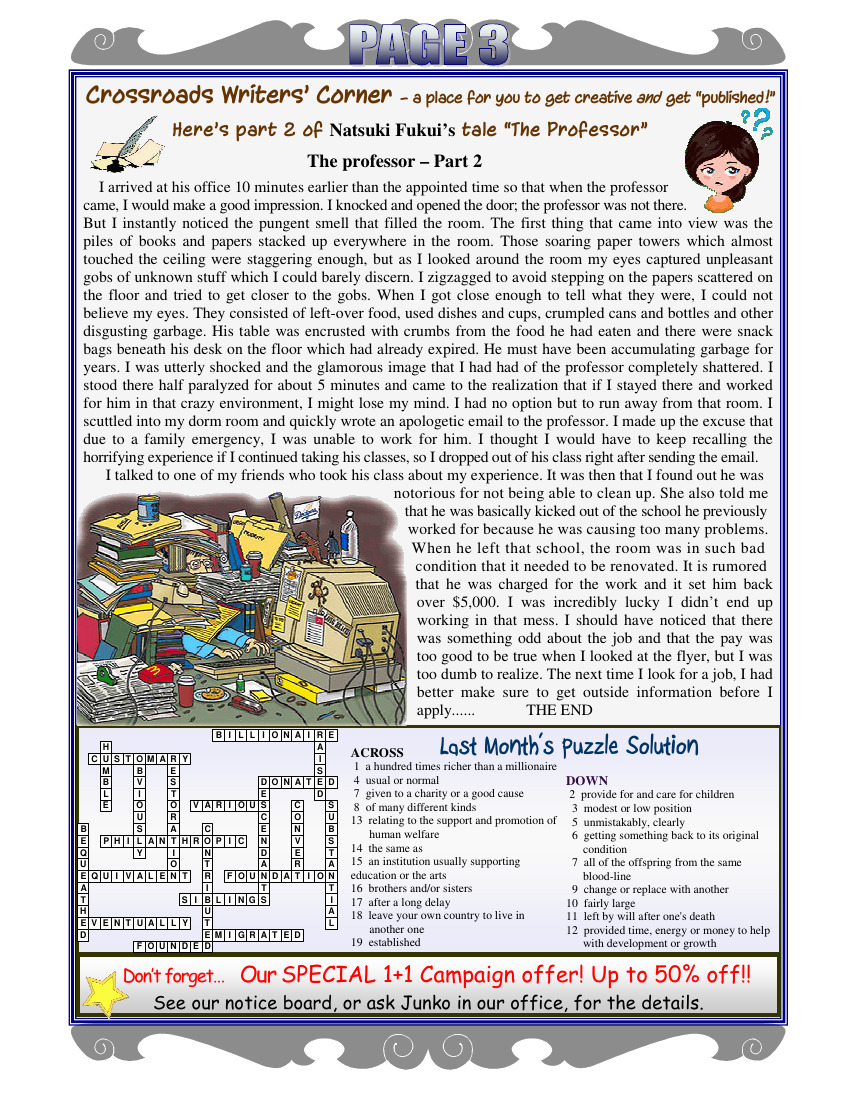