CROSSROADS Language Studio’s Newsletter May , 2020 WHEN DID THE PRESENT BEGIN? 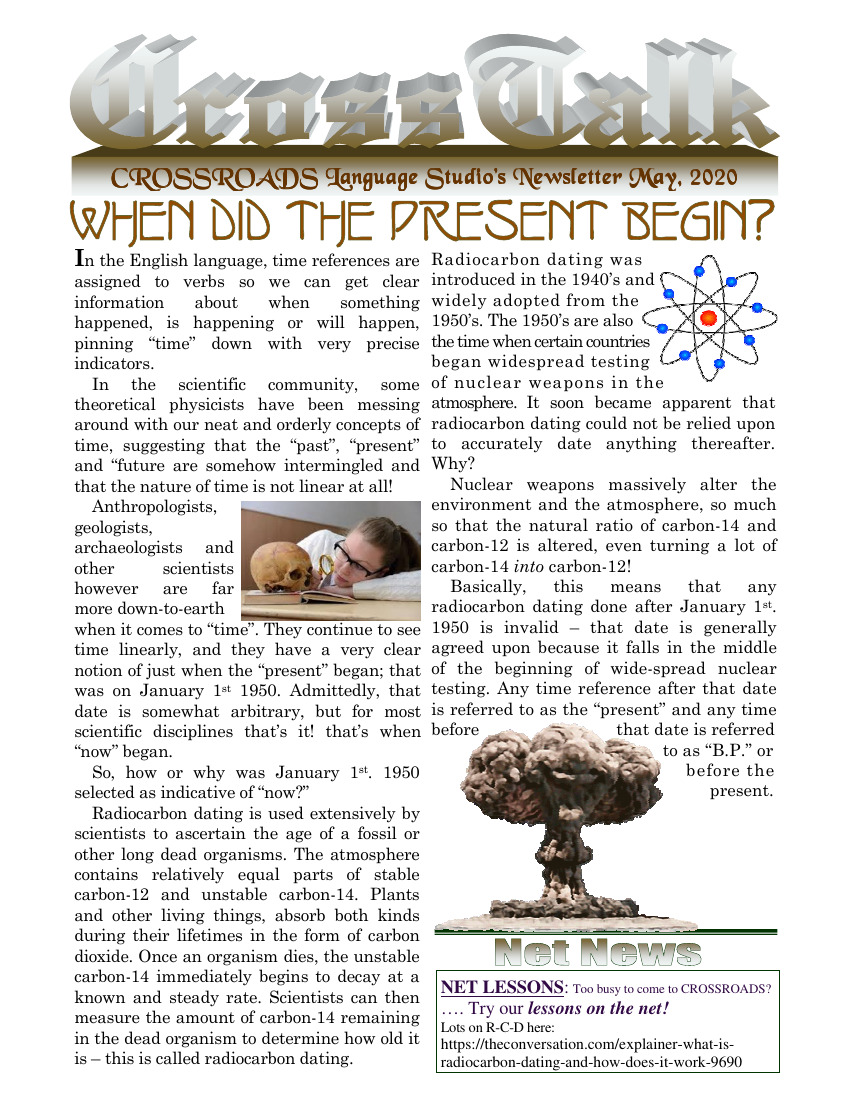 I n the English language, time references are assigned to verbs so we can get clear information about when something happened, is happening or will happen, pinning “time” down with very precise indicators.

In the scientific community, some theoretical physicists have been messing around with our neat and orderly concepts of time, suggesting that the “past”, “present” and “future are somehow intermingled and that the nature of time is not linear at all!

頭蓋骨と人類学者
Anthropologists, geologists, archaeologists and other scientists however are far more down-to-earth when it comes to “time”. They continue to see time linearly, and they have a very clear notion of just when the “present” began; that was on January 1 st 1950. Admittedly, that date is somewhat arbitrary, but for most Ella scientific disciplines that’s it! that’s when “now” began.

Radiocarbon dating is used extensively by scientists to ascertain the age of a fossil or other long dead organisms. The atmosphere contains relatively equal parts of stable carbon-12 and unstable carbon-14. Plants and other living things, absorb both kinds during their lifetimes in the form of carbon dioxide. Once an organism dies, the unstable carbon-14 immediately begins to decay at a known and steady rate. Scientists can then measure the amount of carbon-14 remaining in the dead organism to determine how old it is – this is called radiocarbon dating.

放射性炭素 モデル
Radiocarbon dating was introduced in the 1940’s and widely adopted from the 1950’s. The 1950’s are also the time when certain countries began widespread testing of nuclear weapons in the atmosphere. It soon became apparent that radiocarbon dating could not be relied upon to accurately date anything thereafter. Why?

Nuclear weapons massively alter the environment and the atmosphere, so much so that the natural ratio of carbon-14 and carbon-12 is altered, even turning a lot of carbon-14 into carbon-12! 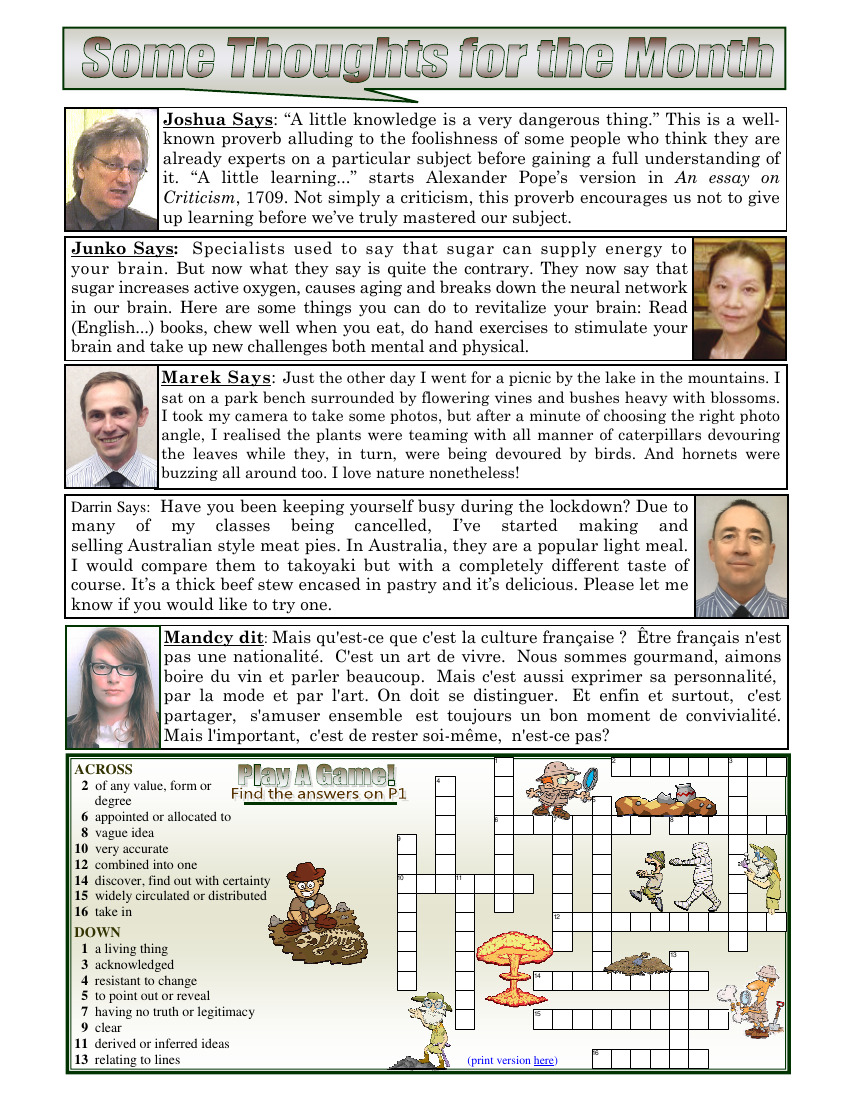 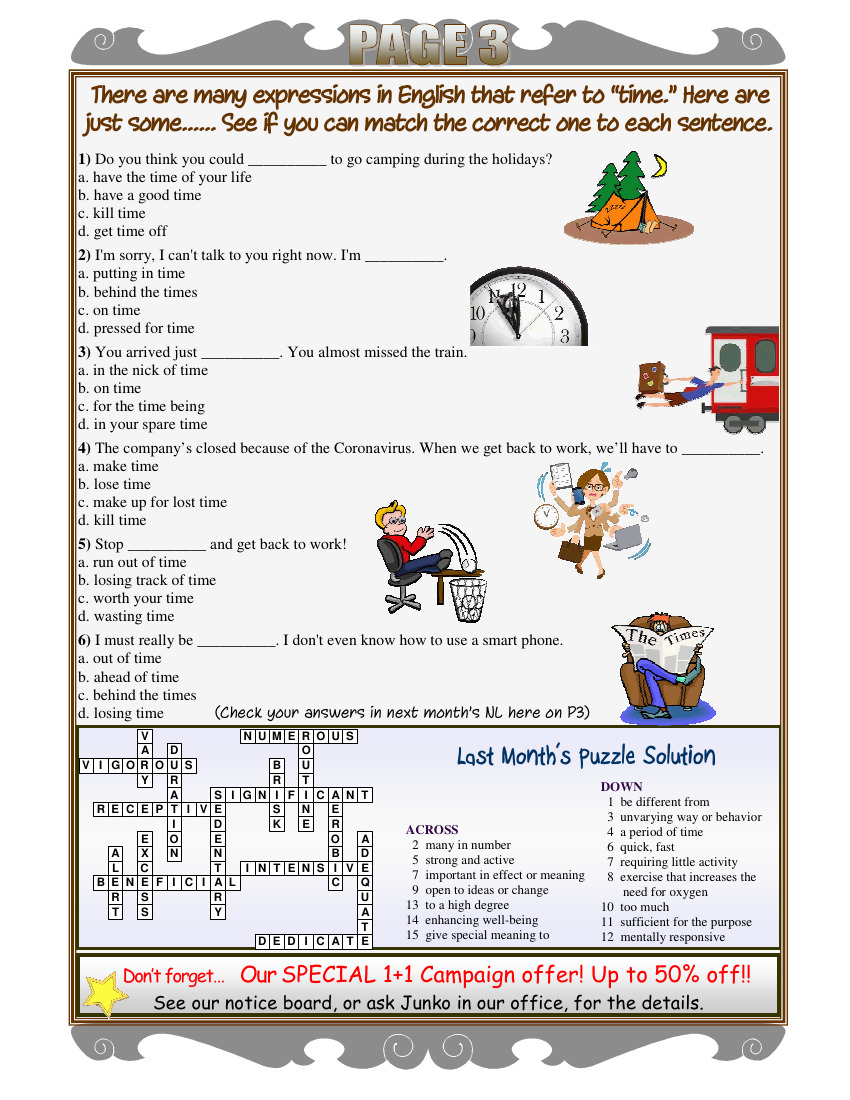