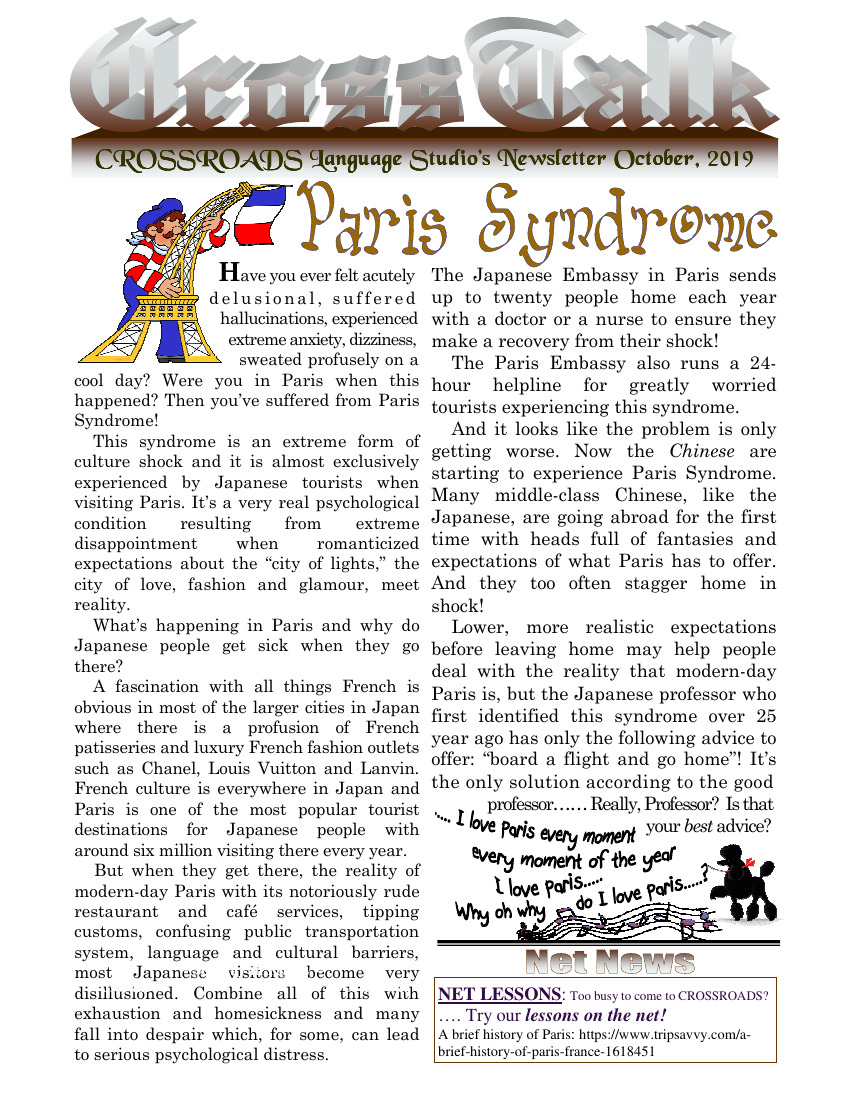 H ave you ever felt acutely delusional, suffered hallucinations, experienced extreme anxiety, dizziness, sweated profusely on a cool day? Were you in Paris when this happened? Then you’ve suffered from Paris Syndrome!

This syndrome is an extreme form of culture shock and it is almost exclusively experienced by Japanese tourists when visiting Paris. It’s a very real psychological condition resulting from extreme disappointment when romanticized expectations about the “city of lights,” the city of love, fashion and glamour, meet reality.

What’s happening in Paris and why do Japanese people get sick when they go there?

A fascination with all things French is obvious in most of the larger cities in Ella Japan where there is a profusion of French patisseries and luxury French fashion outlets Janis as Chanel, Louis Vuitton and Lanvin. such French culture is everywhere in Japan and Paris is one of the most popular tourist destinations for Japanese people with around six million visiting there every year.

But when they get there, the reality of modern-day Paris with its notoriously rude restaurant and café services, tipping customs, confusing public transportation system, language and cultural barriers, – Set play in Rugby become – most Japanese visitors very A scrum A line-out disillusioned. Combine all of this with exhaustion and homesickness and many fall into despair which, for some, can lead to serious psychological distress.

And it looks like the problem is only getting worse. Now the Chinese are starting to experience Paris Syndrome. Many middle-class Chinese, like the Japanese, are going abroad for the first time with heads full of fantasies and expectations of what Paris has to offer. And they too often stagger home in shock!

Lower, more realistic expectations before leaving home may help people deal with the reality that modern-day Paris is, but the Japanese professor who first identified this syndrome over 25 year ago has only the following advice to offer: “board a flight and go home”! It’s the only solution according to the good professor…… Really, Professor? Is that your best advice? 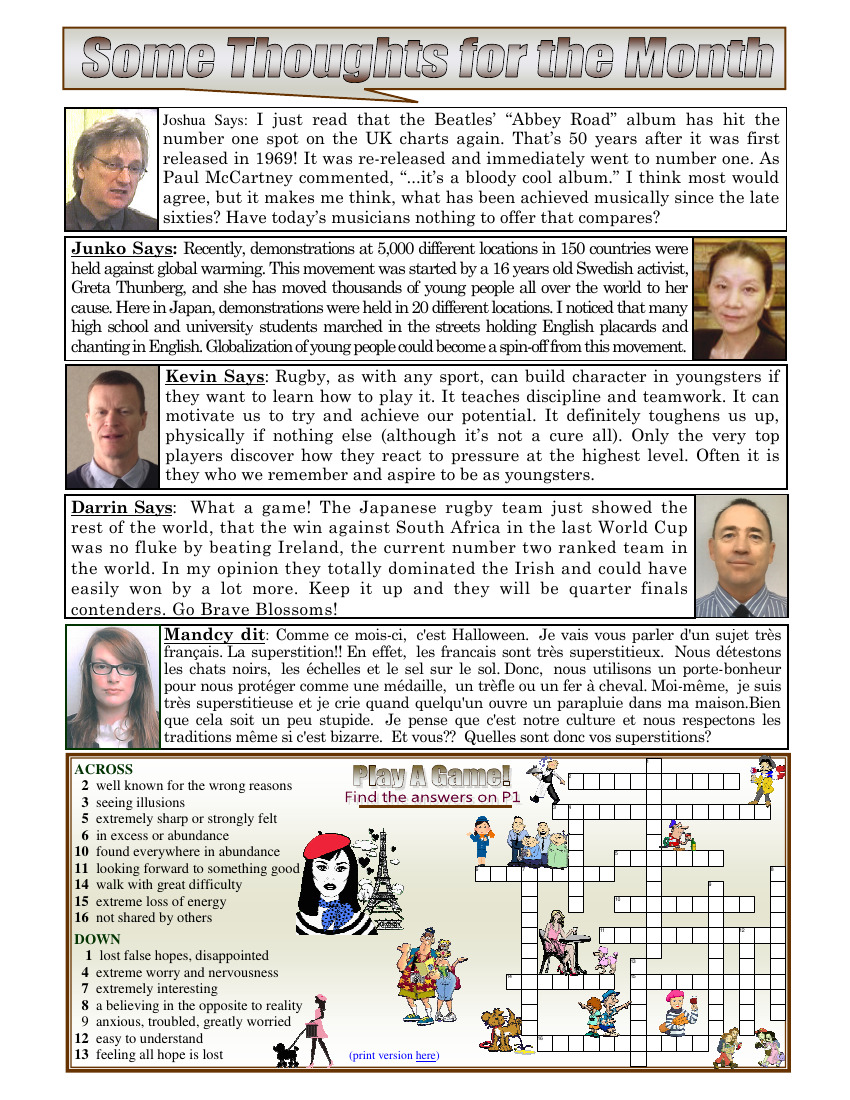 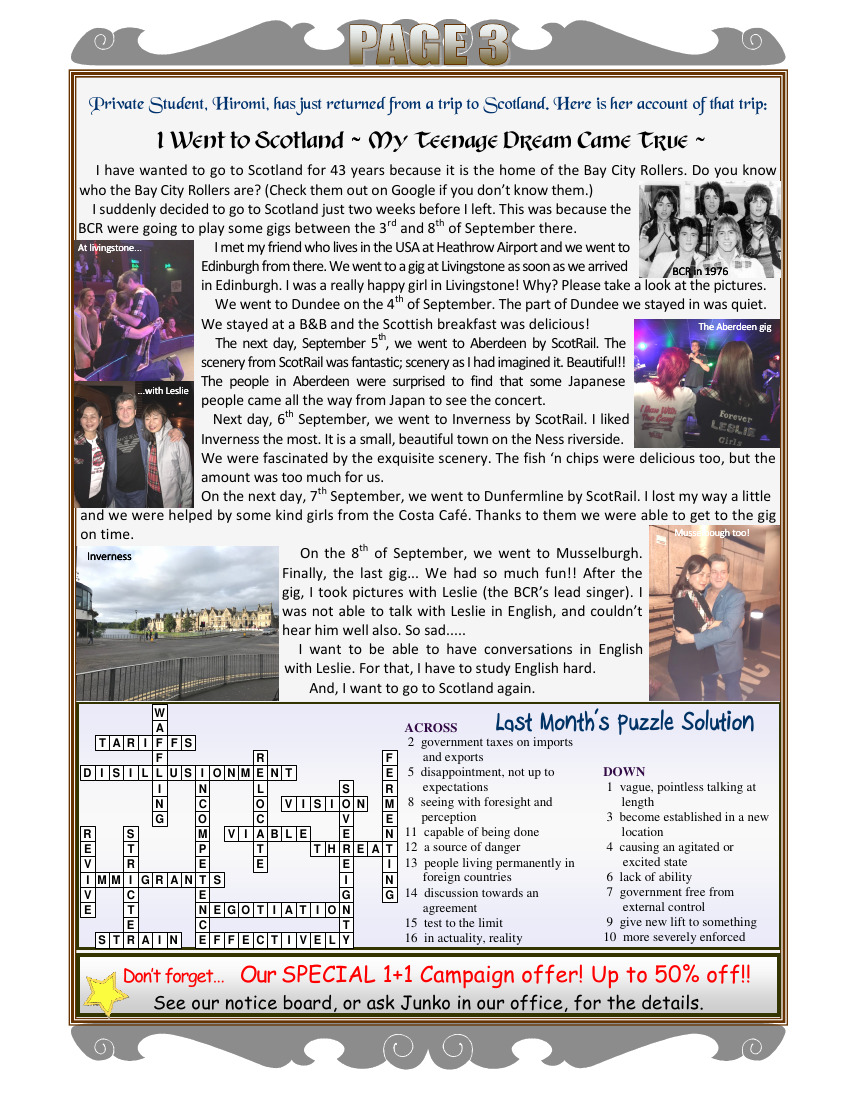