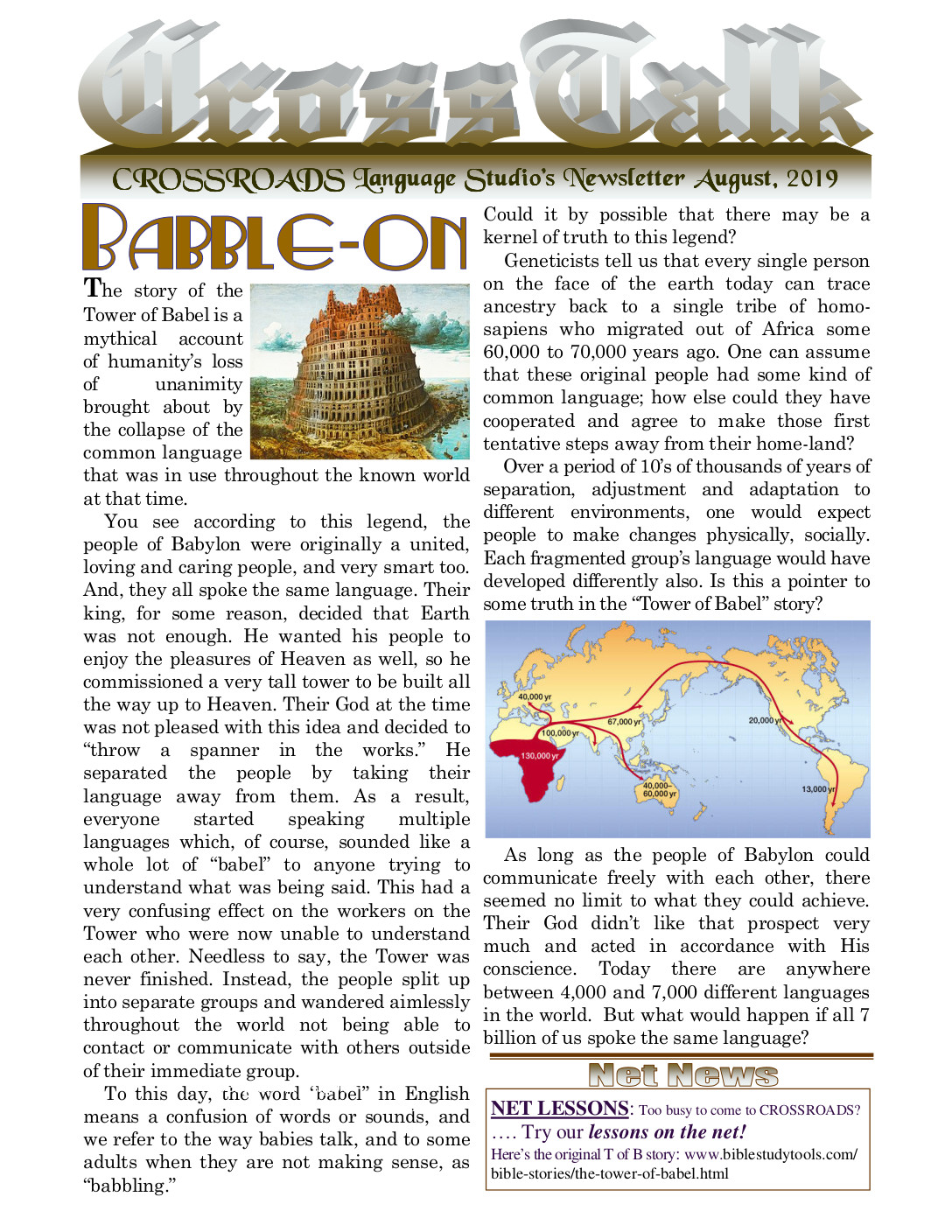 T he story of the Tower of Babel is a mythical account of humanity’s loss of unanimity brought about by the collapse of the common language that was in use throughout the known world at that time.

You see according to this legend, the people of Babylon were originally a united, loving and caring people, and very smart too. And, they all spoke the same language. Their king, for some reason, decided that Earth was not enough. He wanted his people to enjoy the pleasures of Heaven as well, so he commissioned a very tall tower to be built all the way up to Heaven. Their God at the time was not pleased with this idea and decided to “throw a spanner in the works.” He separated the people by taking their Ella language away from them. As a result, everyone started speaking multiple languages which, of course, sounded like a Janis whole lot of “babel” to anyone trying to understand what was being said. This had a very confusing effect on the workers on the Tower who were now unable to understand each other. Needless to say, the Tower was never finished. Instead, the people split up into separate groups and wandered aimlessly throughout the world not being able to contact or communicate with others outside of their immediate group.

To this day, – Set the play word “babel” A scrum A line-out means a confusion of words or sounds, and we refer to the way babies talk, and to some adults when they are not making sense, as “babbling.”

Could it by possible that there may be a kernel of truth to this legend?

Geneticists tell us that every single person on the face of the earth today can trace ancestry back to a single tribe of homo- sapiens who migrated out of Africa some 60,000 to 70,000 years ago. One can assume that these original people had some kind of common language; how else could they have cooperated and agree to make those first tentative steps away from their home-land?

Over a period of 10’s of thousands of years of separation, adjustment and adaptation to different environments, one would expect people to make changes physically, socially. Each fragmented group’s language would have developed differently also. Is this a pointer to some truth in the “Tower of Babel” story?

As long as the people of Babylon could communicate freely with each other, there seemed no limit to what they could achieve. Their God didn’t like that prospect very much and acted in accordance with His conscience. Today there are anywhere between 4,000 and 7,000 different languages in the world. But what would happen if all 7 billion of us spoke the same language? 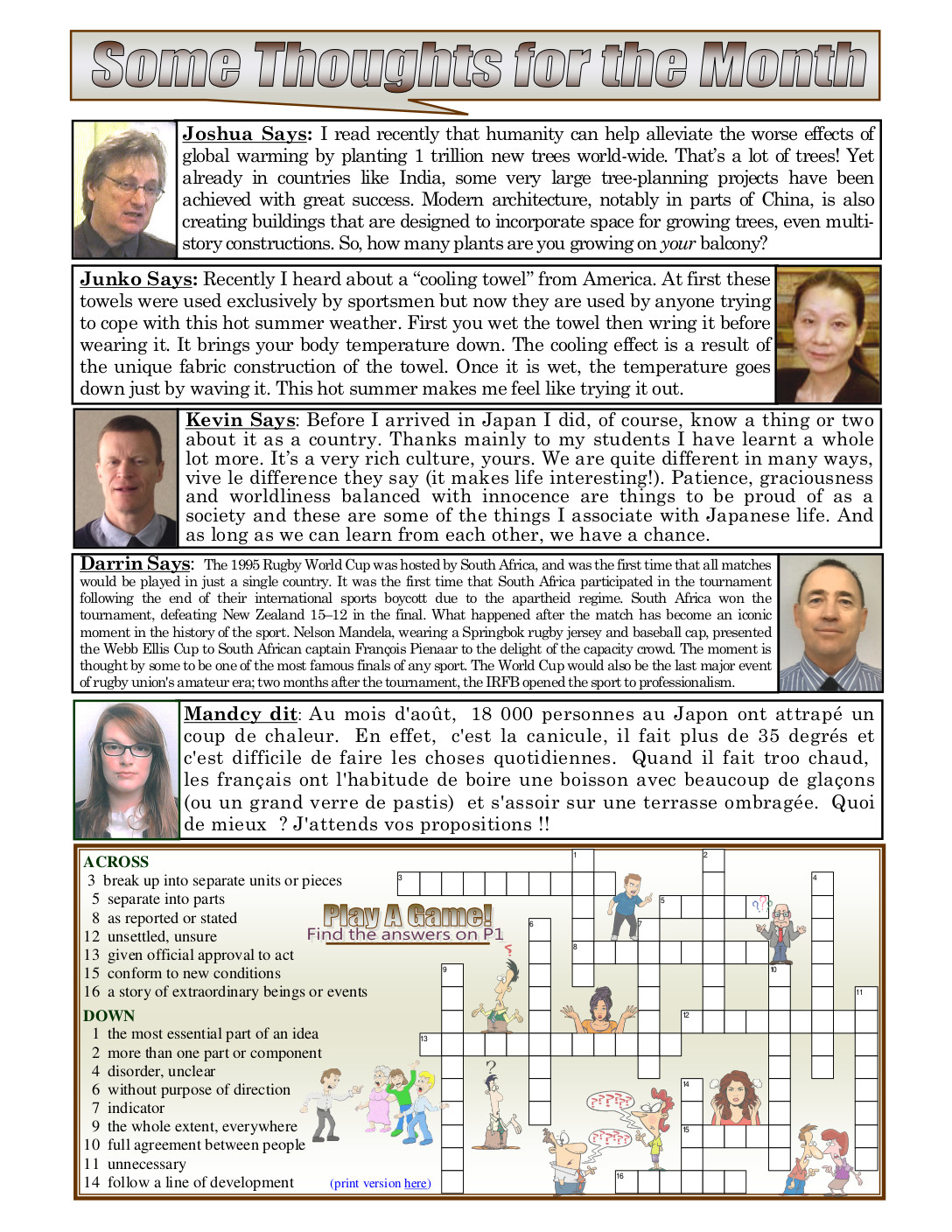 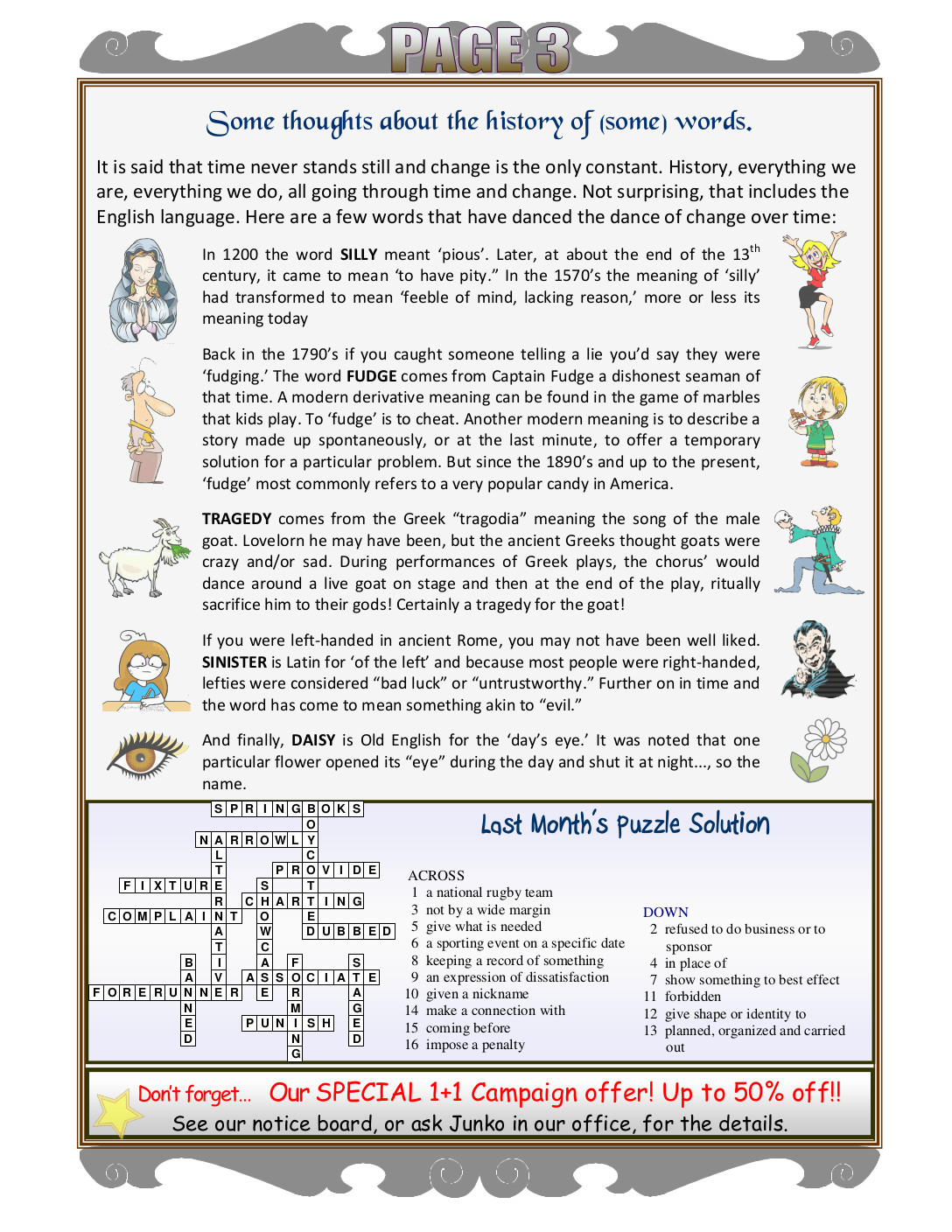