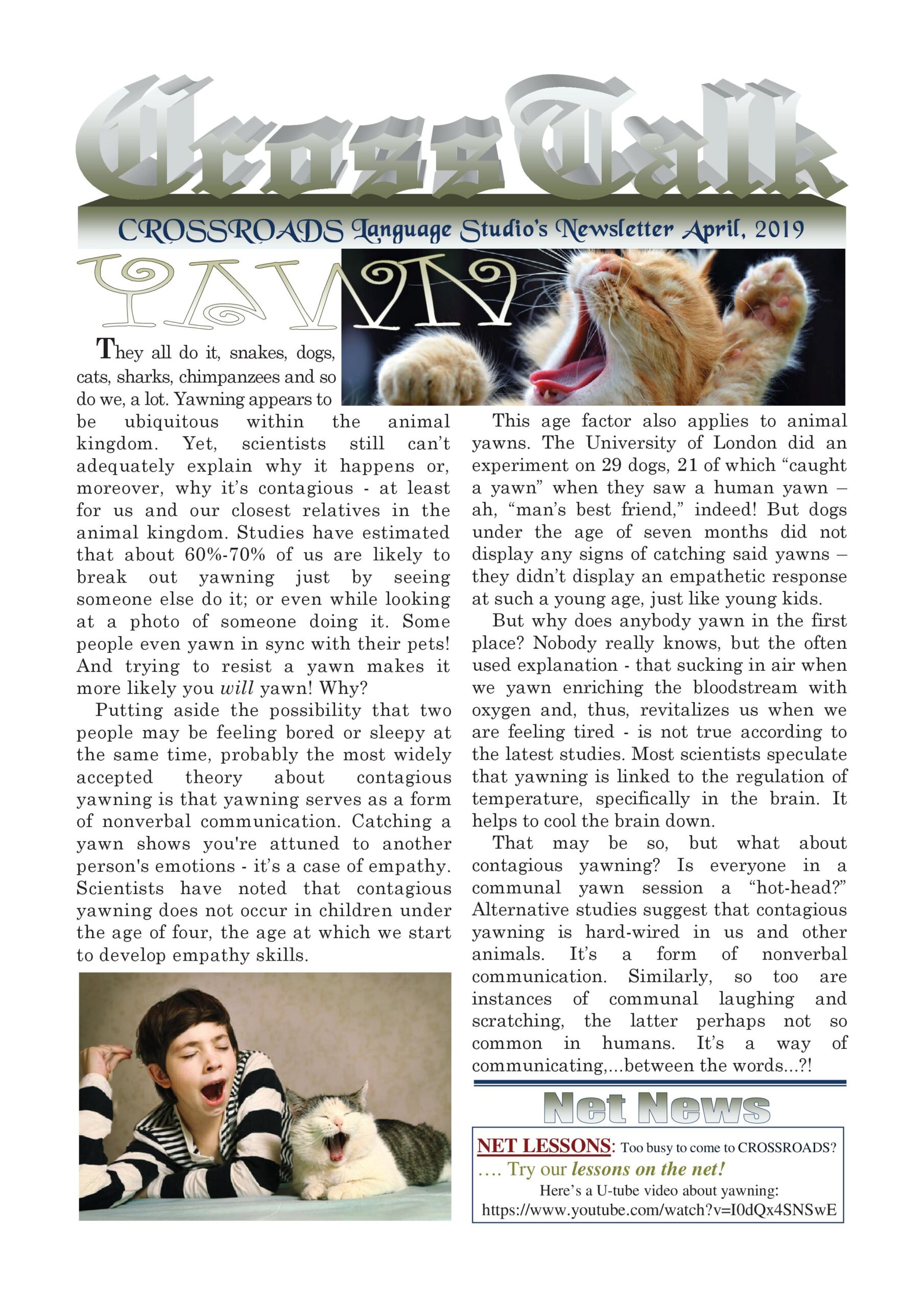 They all do it, snakes, dogs, cats, sharks, chimpanzees and so do we, a lot. Yawning appears to be ubiquitous within the animal kingdom. Yet, scientists still can’t adequately explain why it happens or, moreover, why it’s contagious – at least for us and our closest relatives in the animal kingdom. Studies have estimated that about 60%-70% of us are likely to break out yawning just by seeing someone else do it; or even while looking at a photo of someone doing it. Some people even yawn in sync with their pets! And trying to resist a yawn makes it more likely you will yawn! Why?

Putting aside the possibility that two people may be feeling bored or sleepy at the same time, probably the most widely accepted theory about contagious yawning is that yawning serves as a form of nonverbal communication. Catching a yawn shows you’re attuned to another person’s emotions – it’s a case of empathy. Scientists have noted that contagious yawning does not occur in children under the age of four, the age at which we start to develop empathy skills.

This age factor also applies to animal yawns. The University of London did an experiment on 29 dogs, 21 of which “caught a yawn” when they saw a human yawn – ah, “man’s best friend,” indeed! But dogs under the age of seven months did not display any signs of catching said yawns – they didn’t display an empathetic response at such a young age, just like young kids.

But why does anybody yawn in the first place? Nobody really knows, but the often used explanation – that sucking in air when we yawn enriching the bloodstream with oxygen and, thus, revitalizes us when we are feeling tired – is not true according to the latest studies. Most scientists speculate that yawning is linked to the regulation of temperature, specifically in the brain. It helps to cool the brain down.

That may be so, but what about contagious yawning? Is everyone in a communal yawn session a “hot-head?” Alternative studies suggest that contagious yawning is hard-wired in us and other animals. It’s a form of nonverbal communication. Similarly, so too are instances of communal laughing and scratching, the latter perhaps not so common in humans. It’s a way of communicating,…between the words…?! 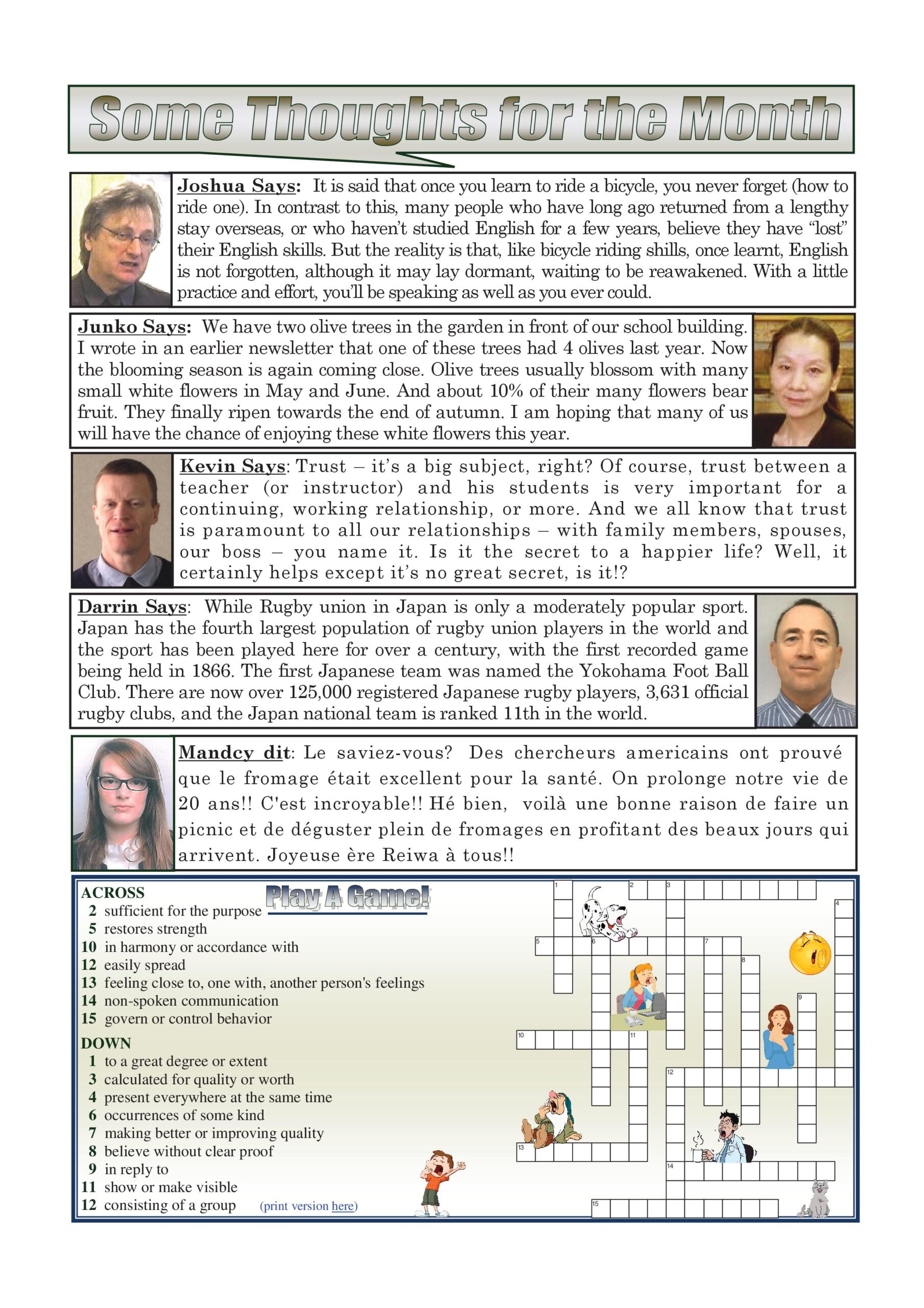 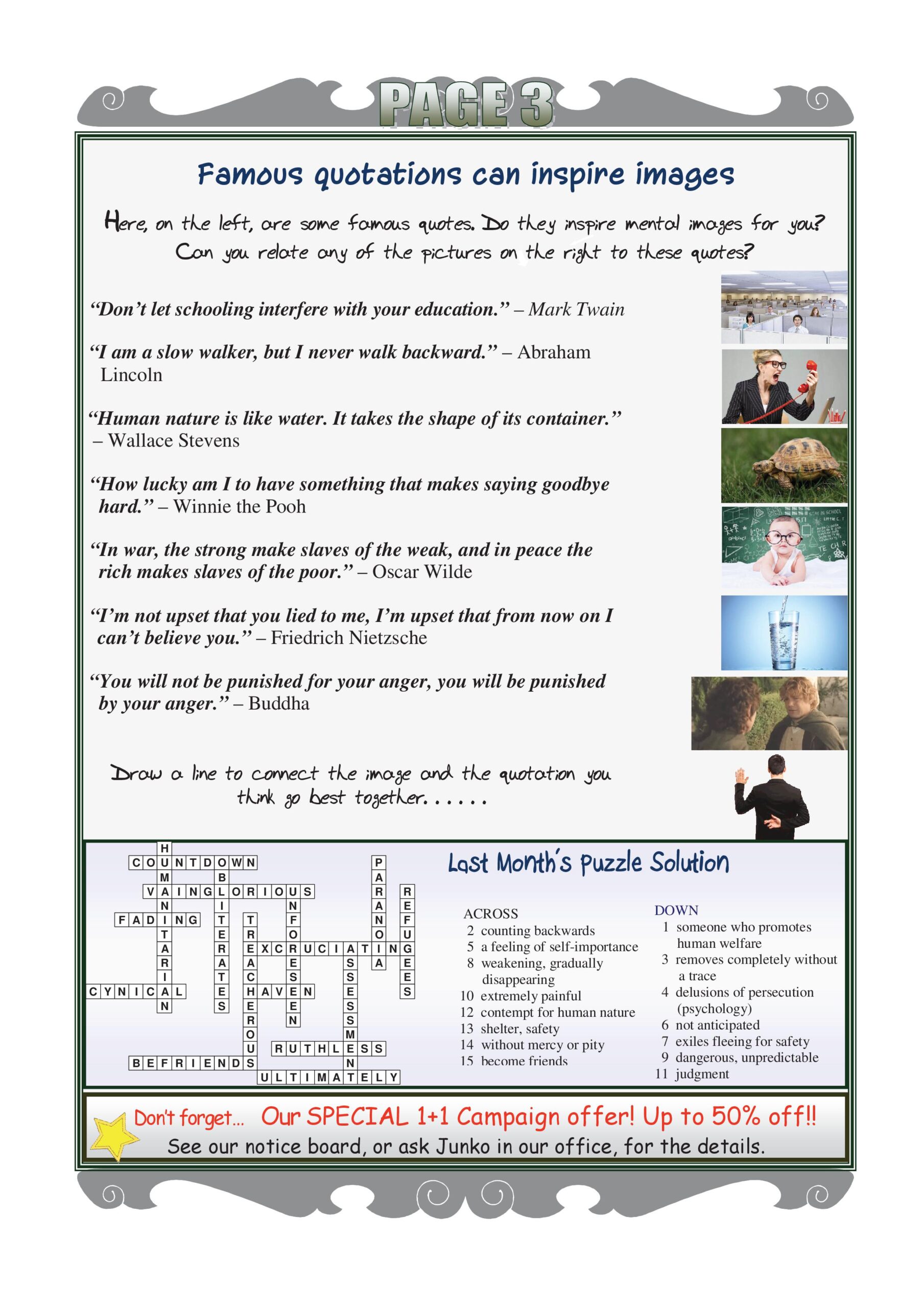