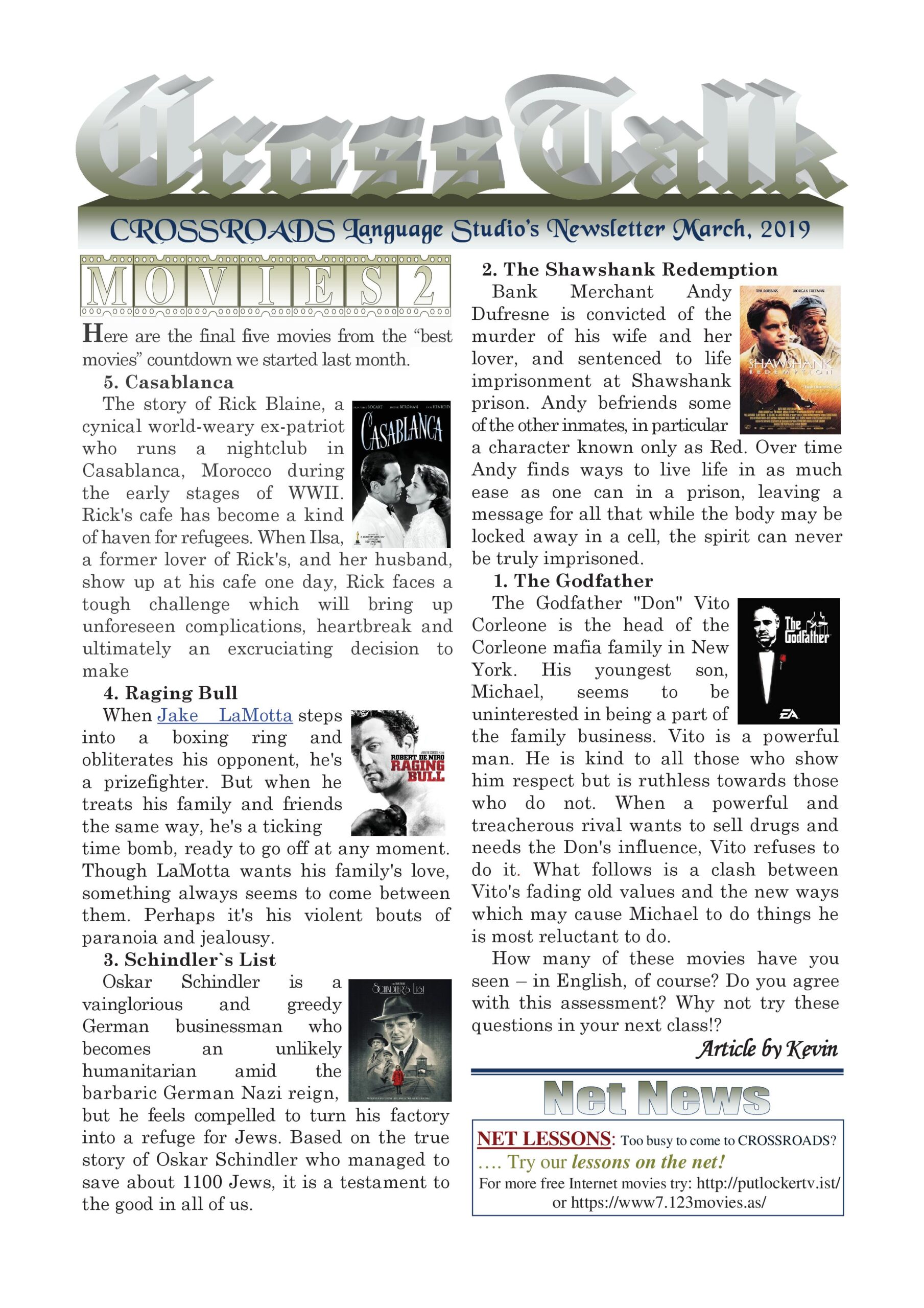 Here are the final five movies from the “best movies” countdown we started last month.

5. Casablanca
The story of Rick Blaine, a cynical world-weary ex-patriot who runs a nightclub in Casablanca, Morocco during the early stages of WWII. Rick’s cafe has become a kind of haven for refugees. When Ilsa, a former lover of Rick’s, and her husband, show up at his cafe one day, Rick faces a tough challenge which will bring up unforeseen complications, heartbreak and ultimately an excruciating decision to make

4. Raging Bull
When Jake LaMotta steps into a boxing ring and obliterates his opponent, he’s a prizefighter. But when he treats his family and friends the same way, he’s a ticking time bomb, ready to go off at any moment. Though LaMotta wants his family’s love, something always seems to come between them. Perhaps it’s his violent bouts of paranoia and jealousy.

3. Schindler`s List
Oskar Schindler is a vainglorious and greedy German businessman who becomes an unlikely humanitarian amid the barbaric German Nazi reign, but he feels compelled to turn his factory into a refuge for Jews. Based on the true story of Oskar Schindler who managed to save about 1100 Jews, it is a testament to the good in all of us.

2. The Shawshank Redemption
Bank Merchant Andy Dufresne is convicted of the murder of his wife and her lover, and sentenced to life imprisonment at Shawshank prison. Andy befriends some of the other inmates, in particular a character known only as Red. Over time Andy finds ways to live life in as much ease as one can in a prison, leaving a message for all that while the body may be locked away in a cell, the spirit can never be truly imprisoned.

1. The Godfather
The Godfather “Don” Vito Corleone is the head of the Corleone mafia family in New York. His youngest son, Michael, seems to be uninterested in being a part of the family business. Vito is a powerful man. He is kind to all those who show him respect but is ruthless towards those who do not. When a powerful and treacherous rival wants to sell drugs and needs the Don’s influence, Vito refuses to do it. What follows is a clash between Vito’s fading old values and the new ways which may cause Michael to do things he is most reluctant to do.

How many of these movies have you seen – in English, of course? Do you agree with this assessment? Why not try these questions in your next class!? 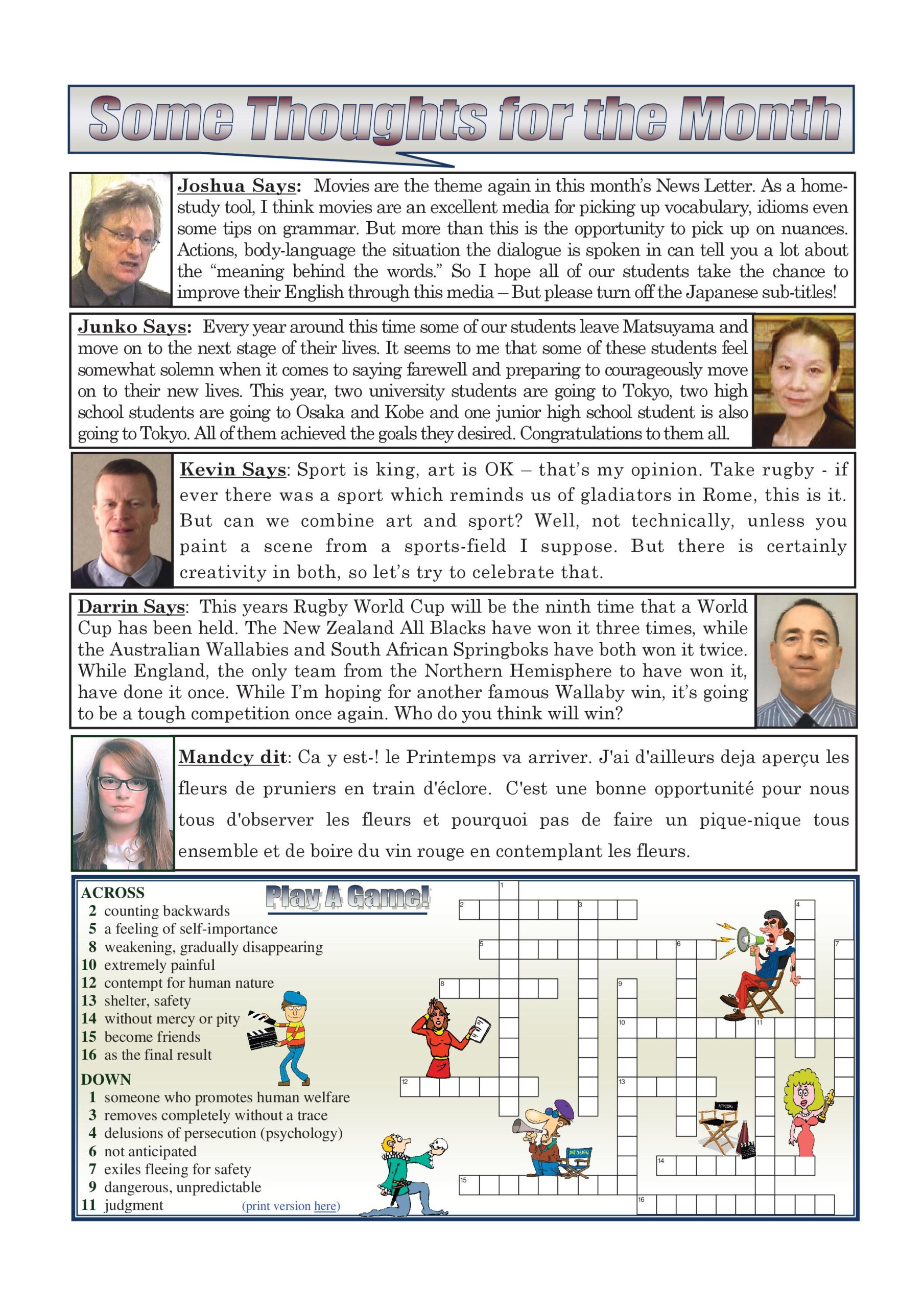 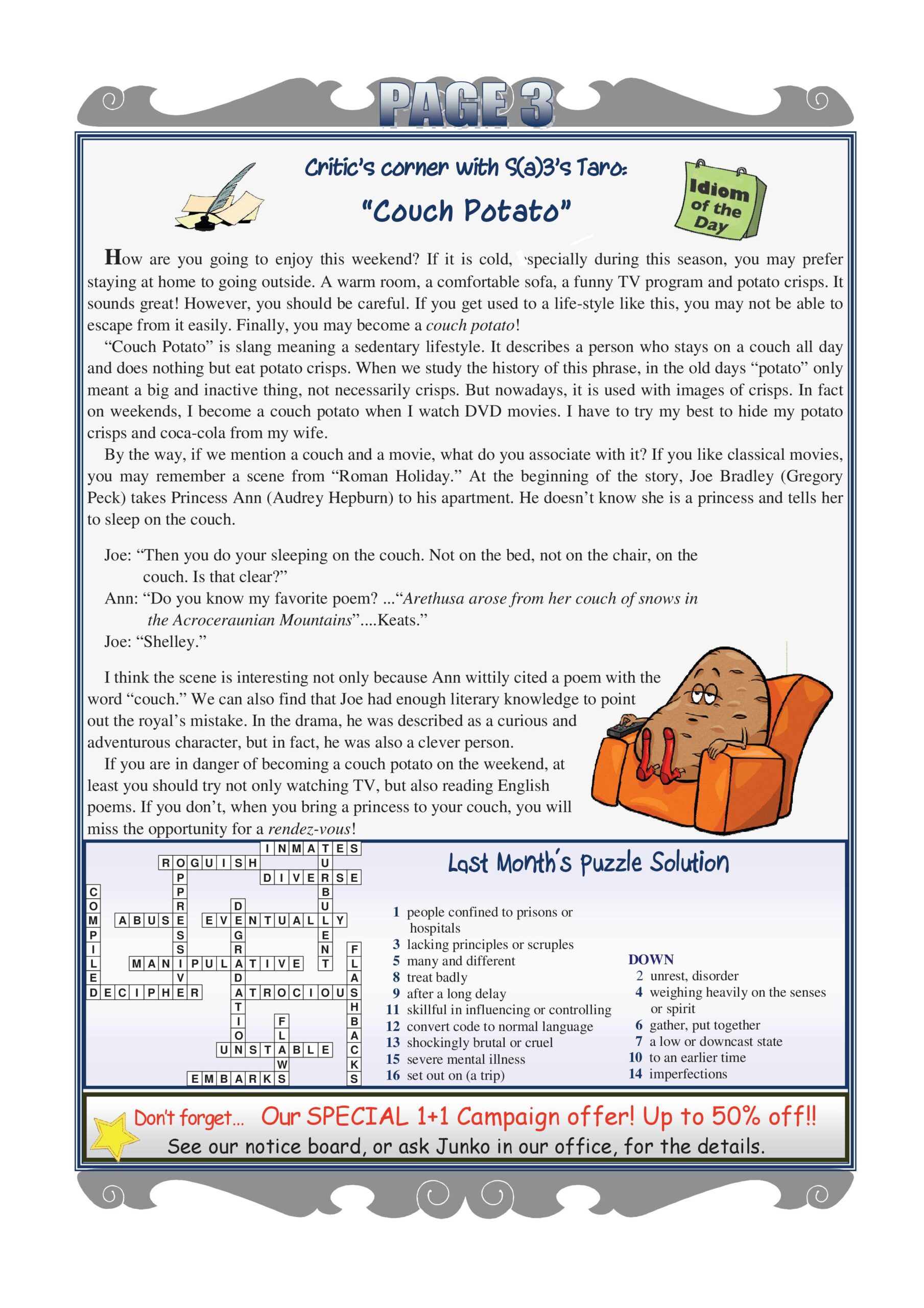