CROSSROADS Language Studio’s Newsletter January, 2019 “How to Love a Pig” 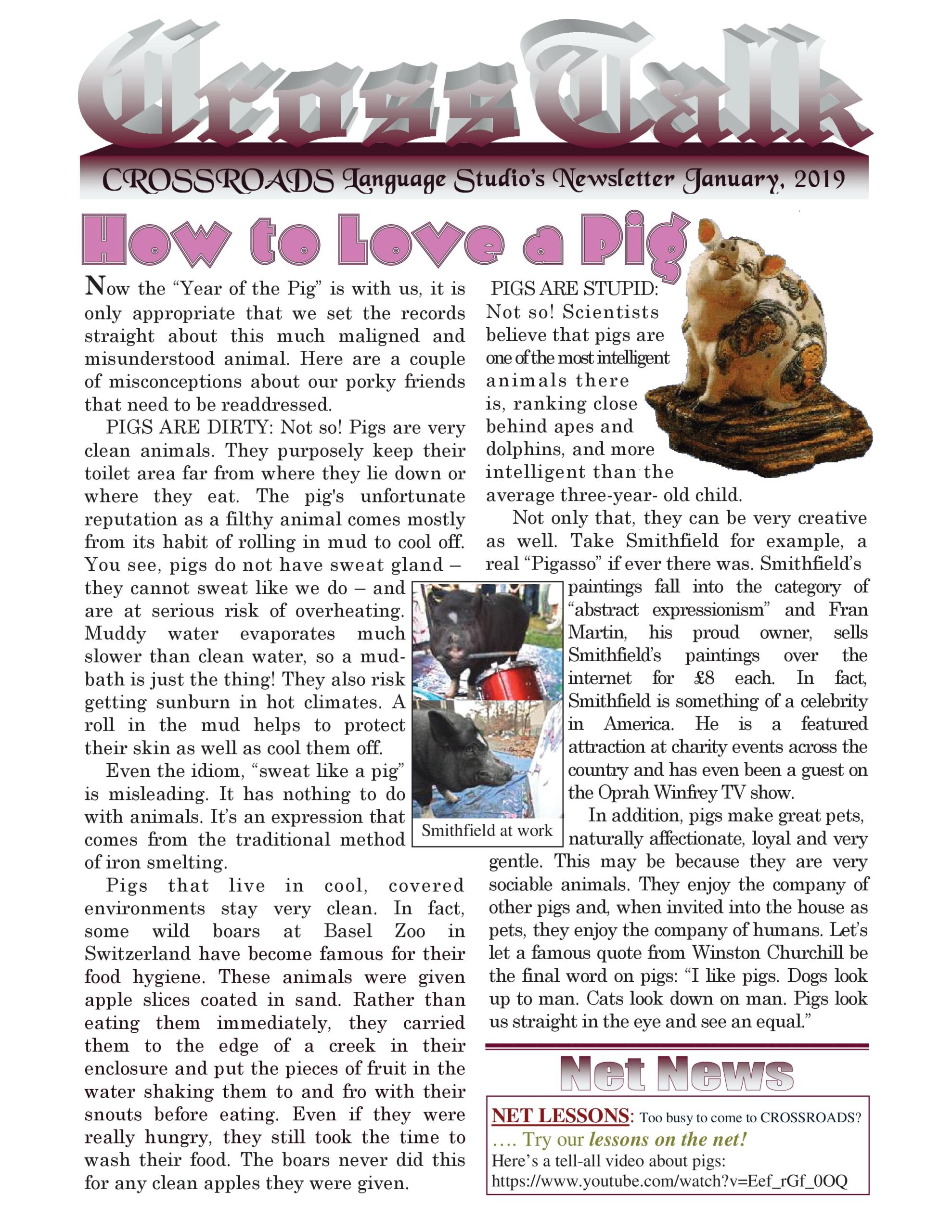 Now the “Year of the Pig” is with us, it is only appropriate that we set the records straight about this much maligned and misunderstood animal. Here are a couple of misconceptions about our porky friends that need to be readdressed.

PIGS ARE DIRTY: Not so! Pigs are very clean animals. They purposely keep their toilet area far from where they lie down or where they eat. The pig’s unfortunate reputation as a filthy animal comes mostly from its habit of rolling in mud to cool off. You see, pigs do not have sweat gland – they cannot sweat like we do – and are at serious risk of overheating. Muddy water evaporates much slower than clean water, so a mudbath is just the thing! They also risk getting sunburn in hot climates. A roll in the mud helps to protect their skin as well as cool them off.

Even the idiom, “sweat like a pig” is misleading. It has nothing to do with animals. It’s an expression that comes from the traditional method of iron smelting.

Pigs that l ive in cool , covered environments stay very clean. In fact, some wild boars at Basel Zoo in Switzerland have become famous for their food hygiene. These animals were given apple slices coated in sand. Rather than eating them immediately, they carried them to the edge of a creek in their enclosure and put the pieces of fruit in the water shaking them to and fro with their snouts before eating. Even if they were really hungry, they still took the time to wash their food. The boars never did this for any clean apples they were given.

PIGS ARE STUPID: Not so! Scientists believe that pigs are one of the most intelligent animals there is, ranking close behind apes and dolphins, and more intelligent than the average three-year- old child.

Not only that, they can be very creative as well. Take Smithfield for example, a real “Pigasso” if ever there was. Smithfield’s paintings fall into the category of “abstract expressionism” and Fran Martin, his proud owner, sells Smithfield’s paintings over the internet for £8 each. In fact, Smithfield is something of a celebrity in America. He is a featured attraction at charity events across the country and has even been a guest on the Oprah Winfrey TV show.

In addition, pigs make great pets, naturally affectionate, loyal and very gentle. This may be because they are very sociable animals. They enjoy the company of other pigs and, when invited into the house as pets, they enjoy the company of humans. Let’s let a famous quote from Winston Churchill be the final word on pigs: “I like pigs. Dogs look up to man. Cats look down on man. Pigs look us straight in the eye and see an equal.” 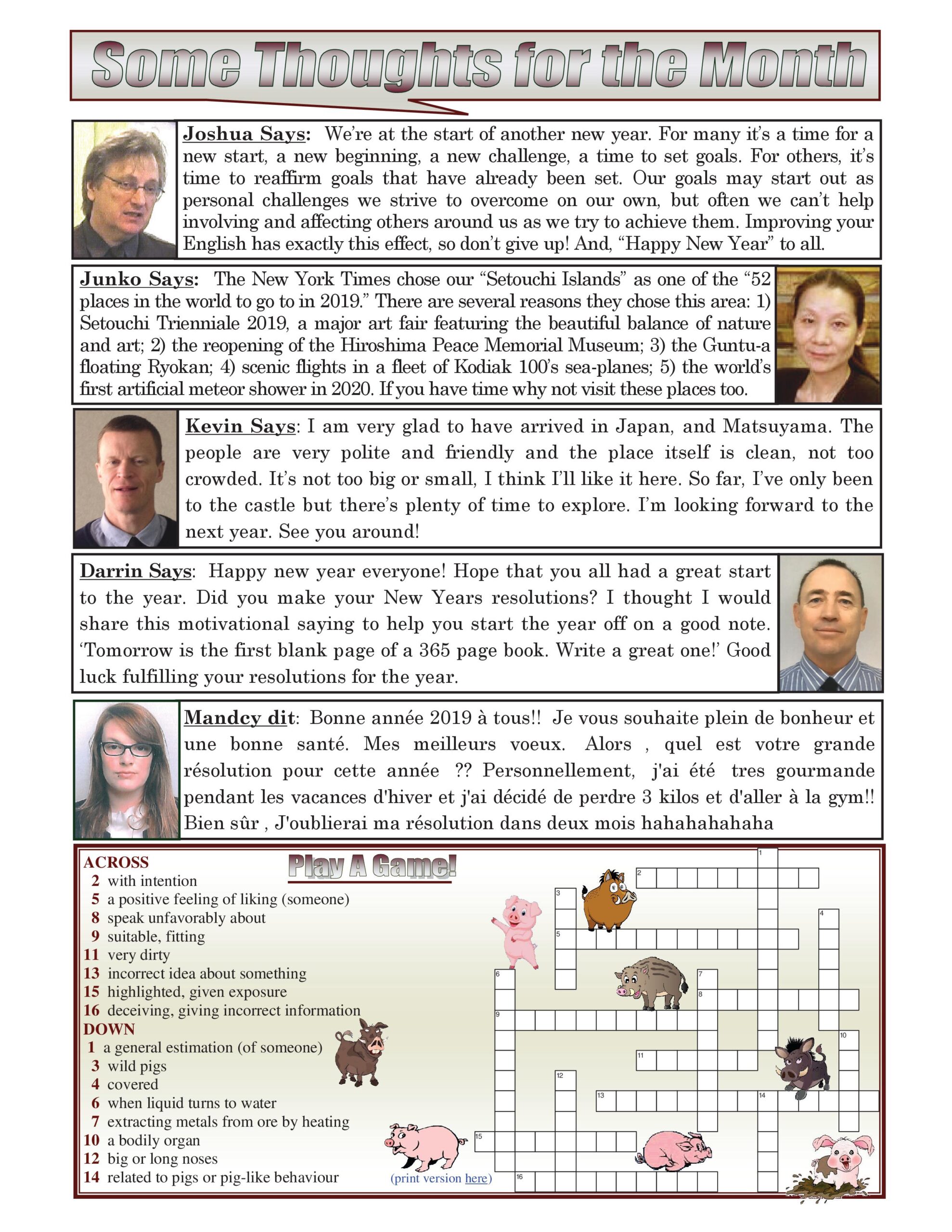 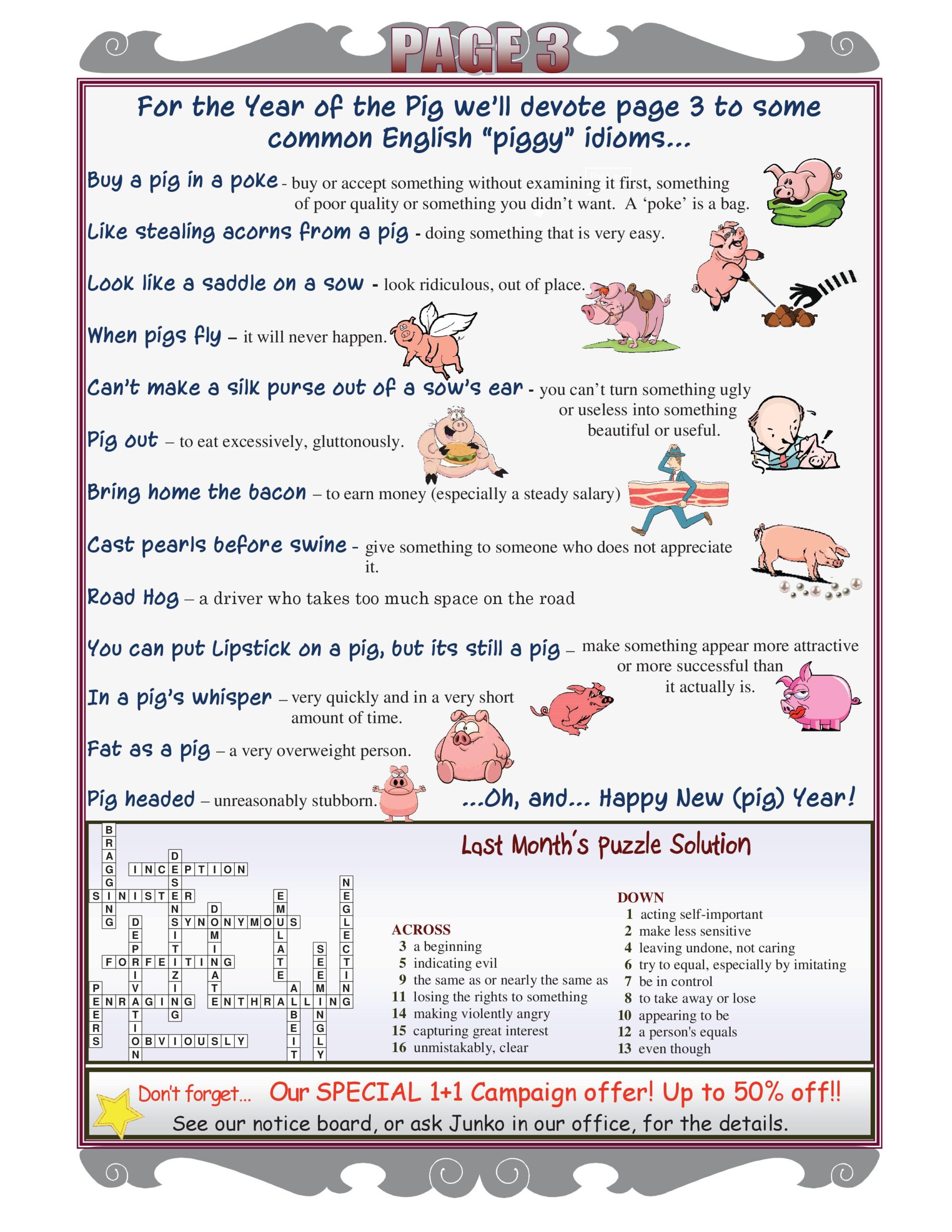