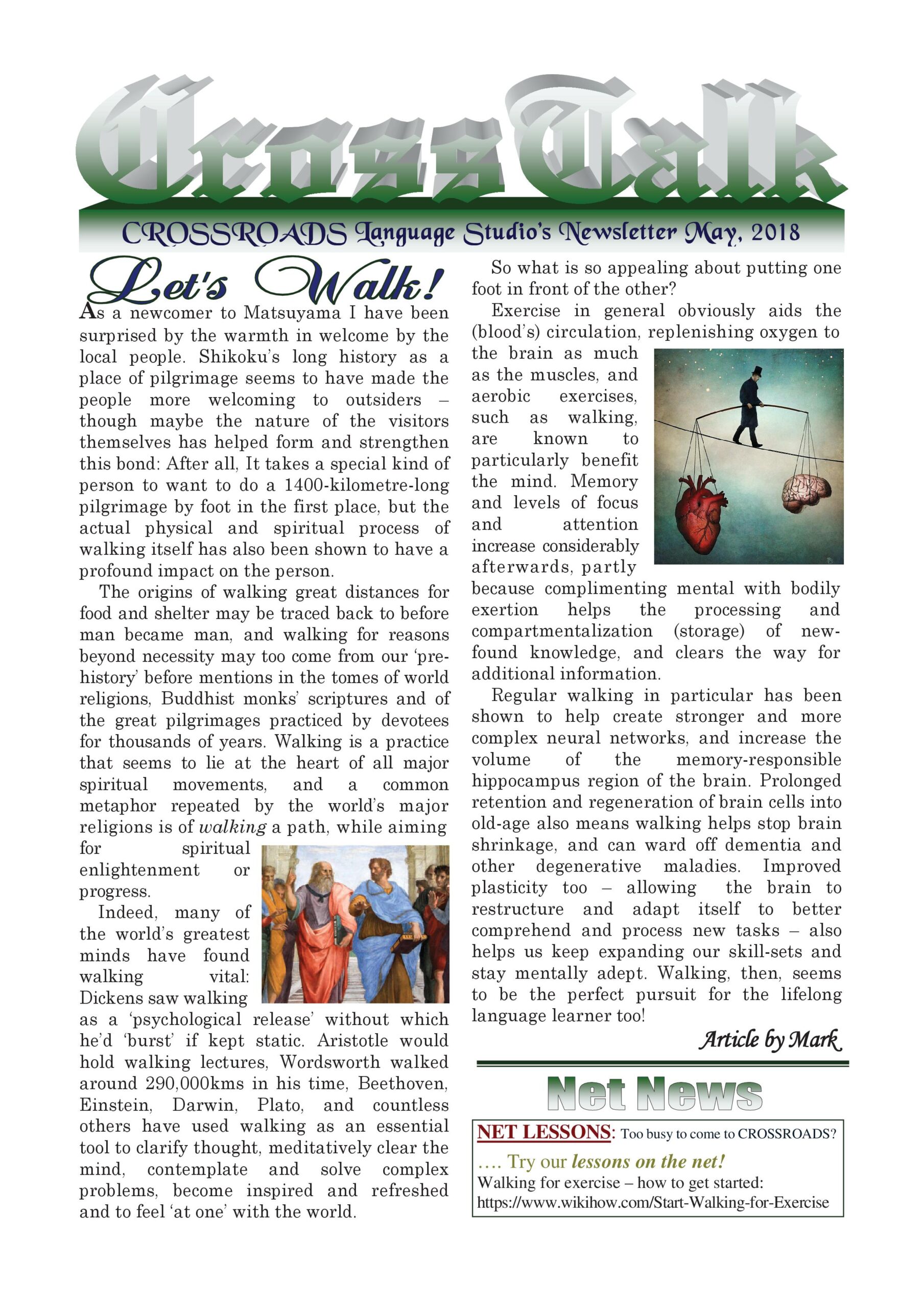 As a newcomer to Matsuyama I have been surprised by the warmth in welcome by the local people. Shikoku’s long history as a place of pilgrimage seems to have made the people more welcoming to outsiders – though maybe the nature of the visitors themselves has helped form and strengthen this bond: After all, It takes a special kind of person to want to do a 1400-kilometre-long pilgrimage by foot in the first place, but the actual physical and spiritual process of walking itself has also been shown to have a profound impact on the person.

The origins of walking great distances for food and shelter may be traced back to before man became man, and walking for reasons beyond necessity may too come from our ‘prehistory’ before mentions in the tomes of world religions, Buddhist monks’ scriptures and of the great pilgrimages practiced by devotees for thousands of years. Walking is a practice that seems to lie at the heart of all major spiritual movements, and a common metaphor repeated by the world’s major religions is of walking a path, while aiming for spiritual enlightenment or progress.

Indeed, many of the world’s greatest minds have found walking vital: Dickens saw walking as a ‘psychological release’ without which he’d ‘burst’ if kept static. Aristotle would hold walking lectures, Wordsworth walked around 290,000kms in his time, Beethoven, Einstein, Darwin, Plato, and countless others have used walking as an essential tool to clarify thought, meditatively clear the mind, contemplate and solve complex problems, become inspired and refreshed and to feel ‘at one’ with the world.

So what is so appealing about putting one foot in front of the other?

Exercise in general obviously aids the (blood’s) circulation, replenishing oxygen to the brain as much as the muscles, and aerobic exercises, such as walking, are known to particularly benefit the mind. Memory and levels of focus and attention increase considerably afterwards, partly because complimenting mental with bodily exertion helps the processing and compartmentalization (storage) of newfound knowledge, and clears the way for additional information.

Regular walking in particular has been shown to help create stronger and more complex neural networks, and increase the volume of the memory-responsible hippocampus region of the brain. Prolonged retention and regeneration of brain cells into old-age also means walking helps stop brain shrinkage, and can ward off dementia and other degenerative maladies. Improved plasticity too – allowing the brain to restructure and adapt itself to better comprehend and process new tasks – also helps us keep expanding our skill-sets and stay mentally adept. Walking, then, seems to be the perfect pursuit for the lifelong language learner too! 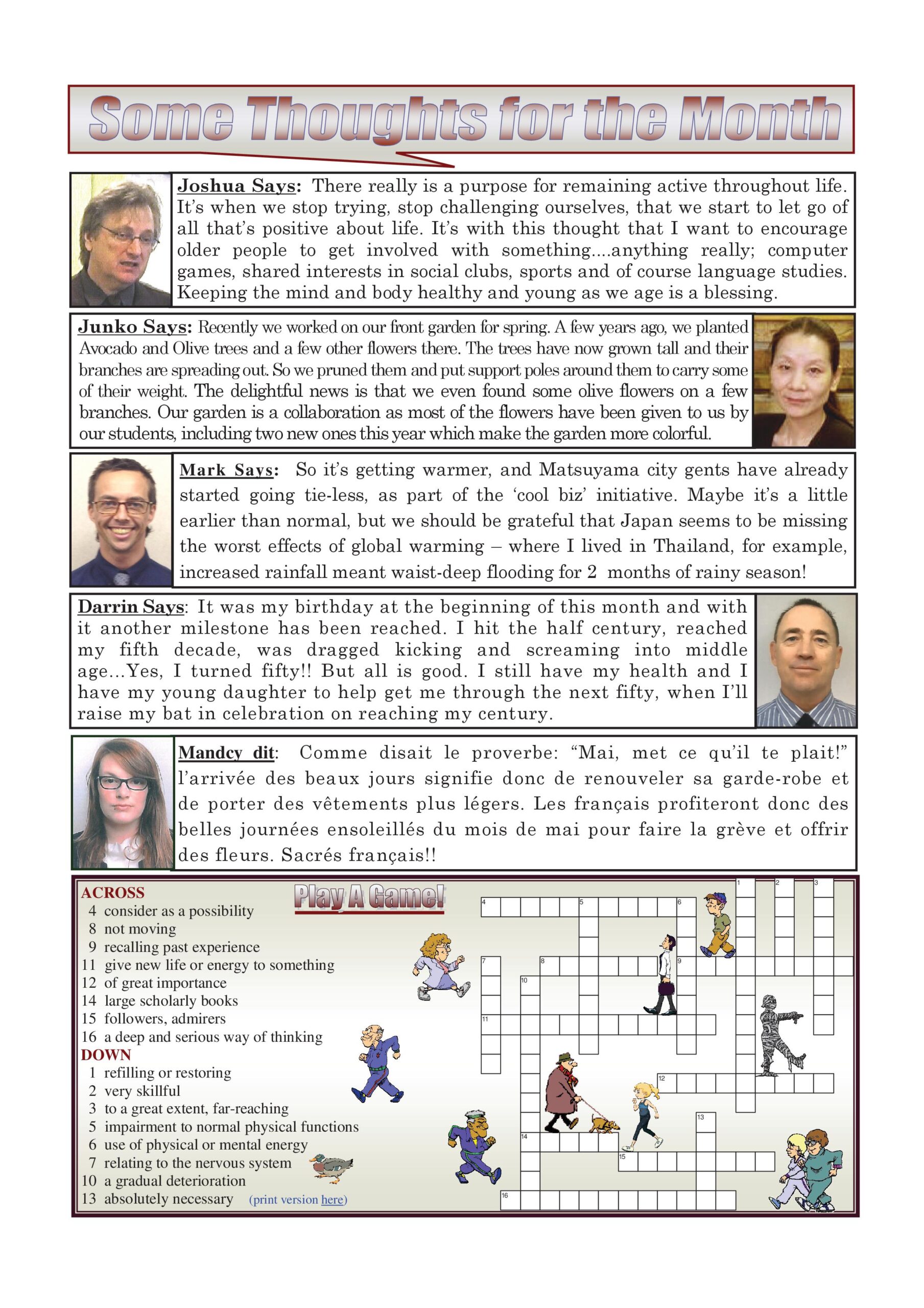 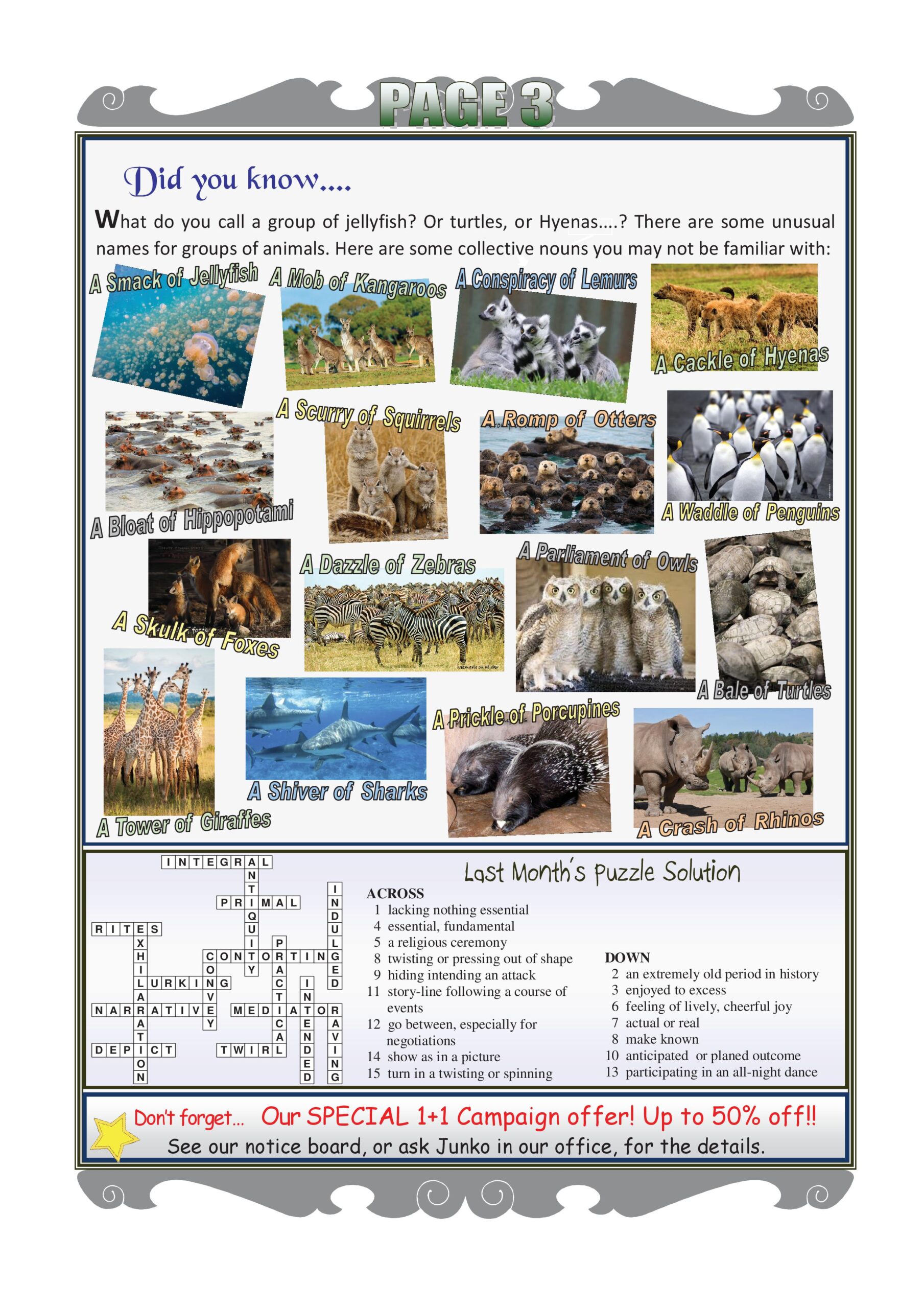