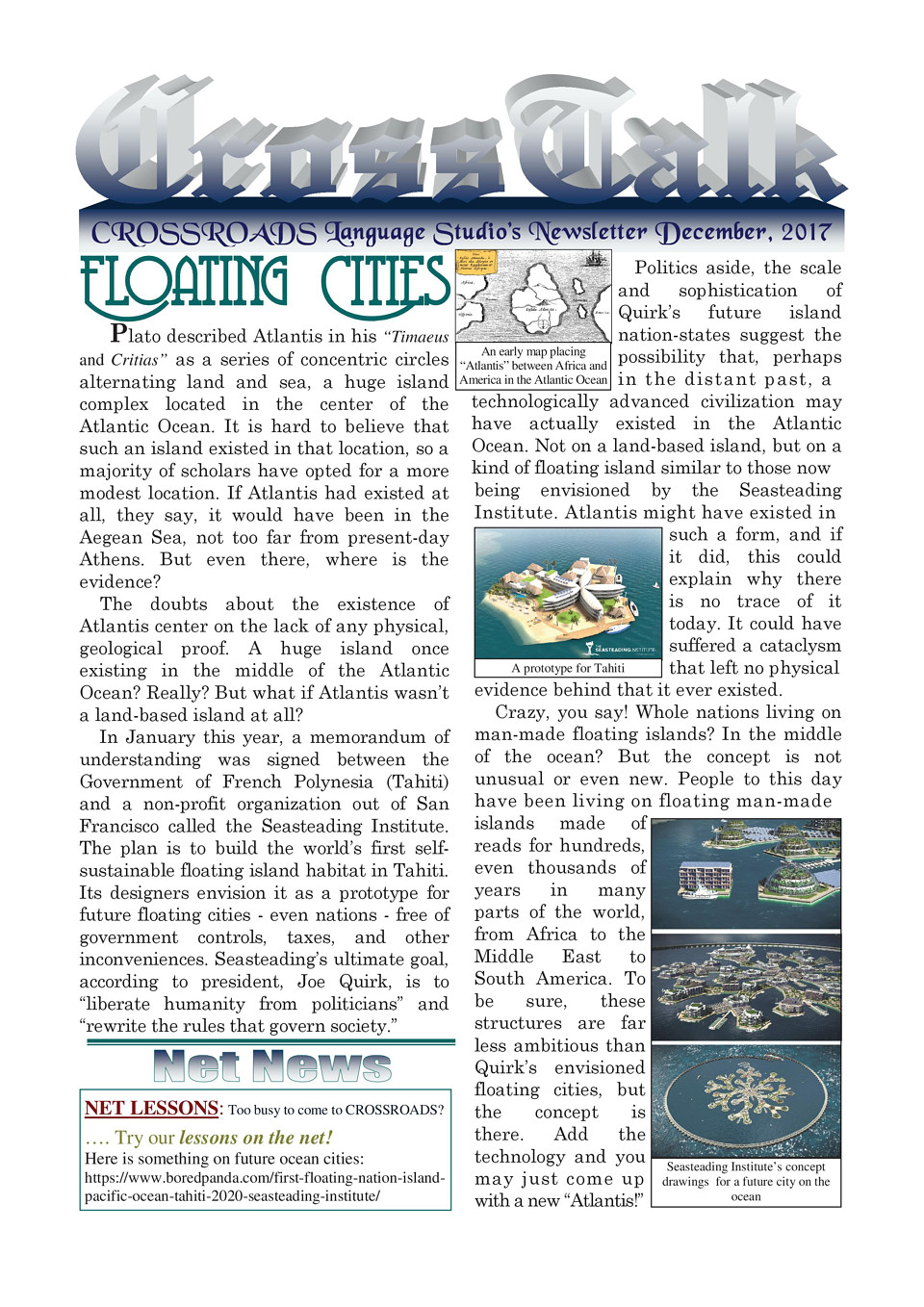 had existed at all, they say, it would have been in the Aegean Sea, not too far from present-day Athens. But even there, where is the evidence?

The doubts about the existence of Atlantis center on the lack of any physical, geological proof. A huge island once existing in the middle of the Atlantic Ocean? Really? But what if Atlantis wasn’t a land-based island at all?

In January this year, a memorandum of understanding was signed between the Government of French Polynesia (Tahiti) and a non-profit organization out of San Francisco called the Seasteading Institute. The plan is to build the world’s first selfsustainable floating island habitat in Tahiti. Its designers envision it as a prototype for future floating cities – even nations – free of government controls, taxes, and other inconveniences. Seasteading’s ultimate goal, according to president, Joe Quirk, is to “liberate humanity from politicians” and “rewrite the rules that govern society.”

Politics aside, the scale and sophistication of Quirk’s future island nation-states suggest the possibility that, perhaps in the distant past, a technologically advanced civilization may have actually existed in the Atlantic Ocean. Not on a land-based island, but on a kind of floating island similar to those now being envisioned by the Seasteading Institute.

Atlantis might have existed in such a form, and if it did, this could explain why there is no trace of it today. It could have suffered a cataclysm that left no physical evidence behind that it ever existed.
Crazy, you say! Whole nations living on man-made floating islands? In the middle of the ocean? But the concept is not unusual or even new. People to this day have been living on floating man-made islands made of reads for hundreds, even thousands of years in many parts of the world, from Africa to the Middle East to South America. To be sure, these structures are far less ambitious than Quirk’s envisioned floating cities, but the concept is there. Add the technology and you may just come up with a new “Atlantis!” 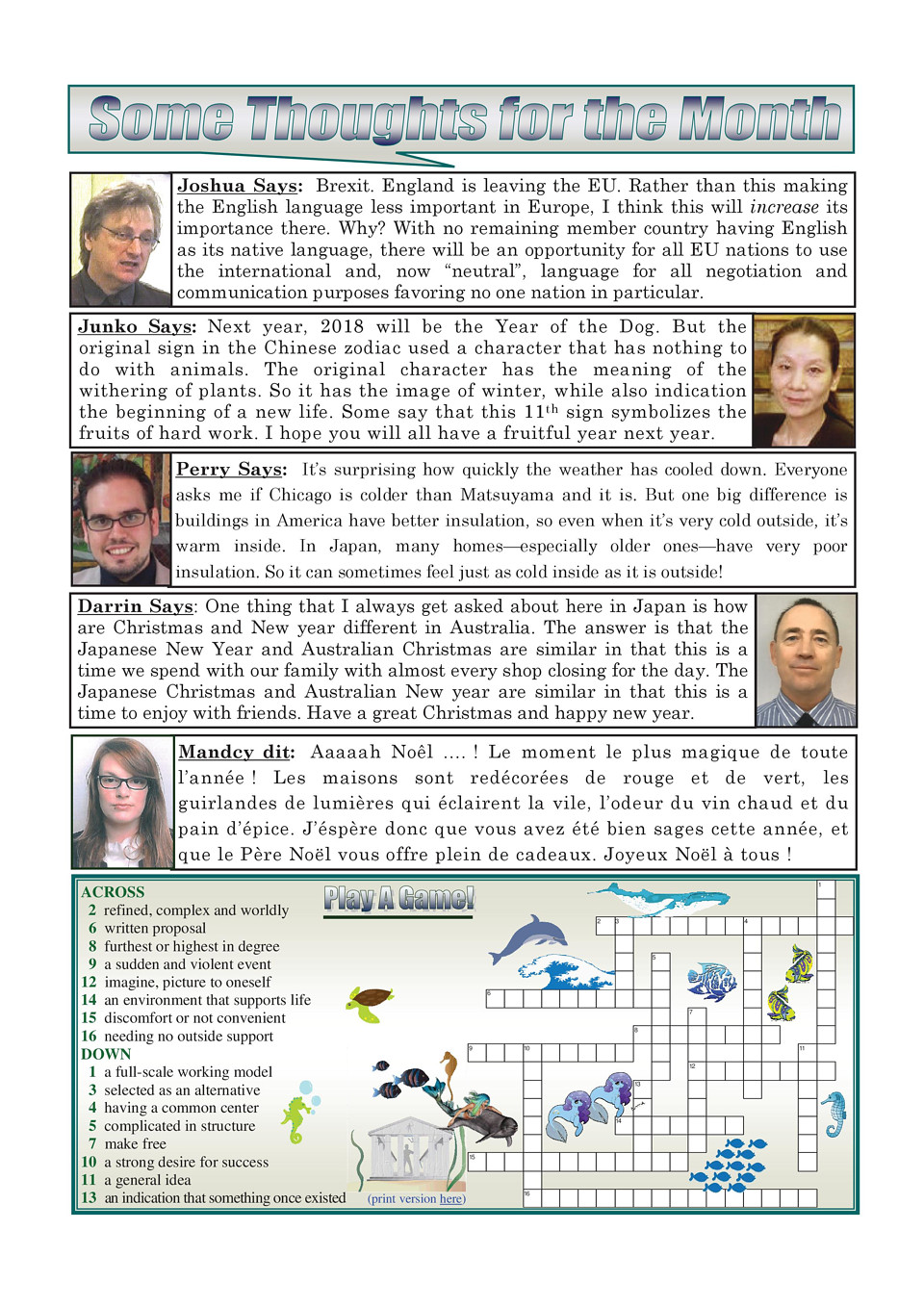 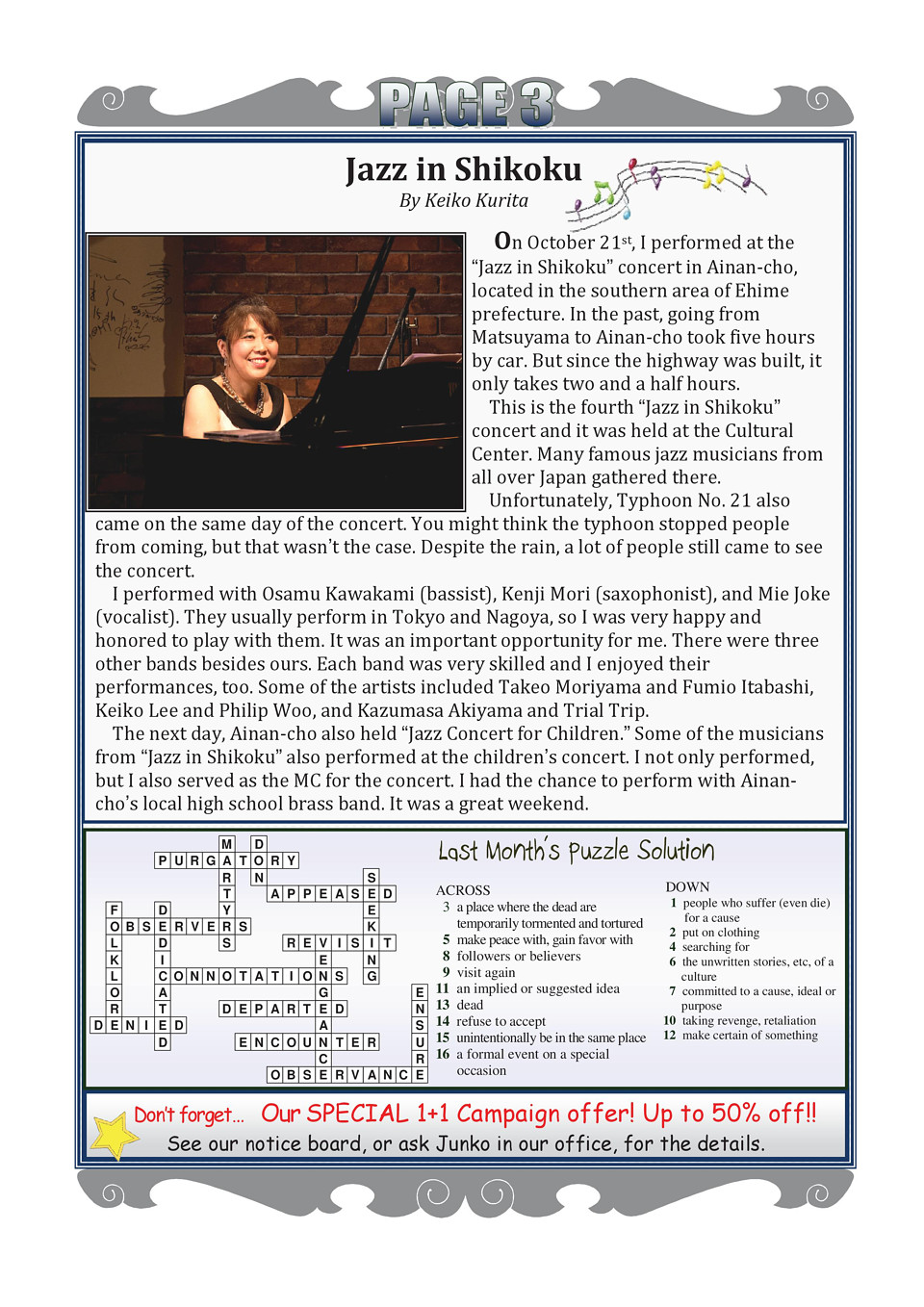