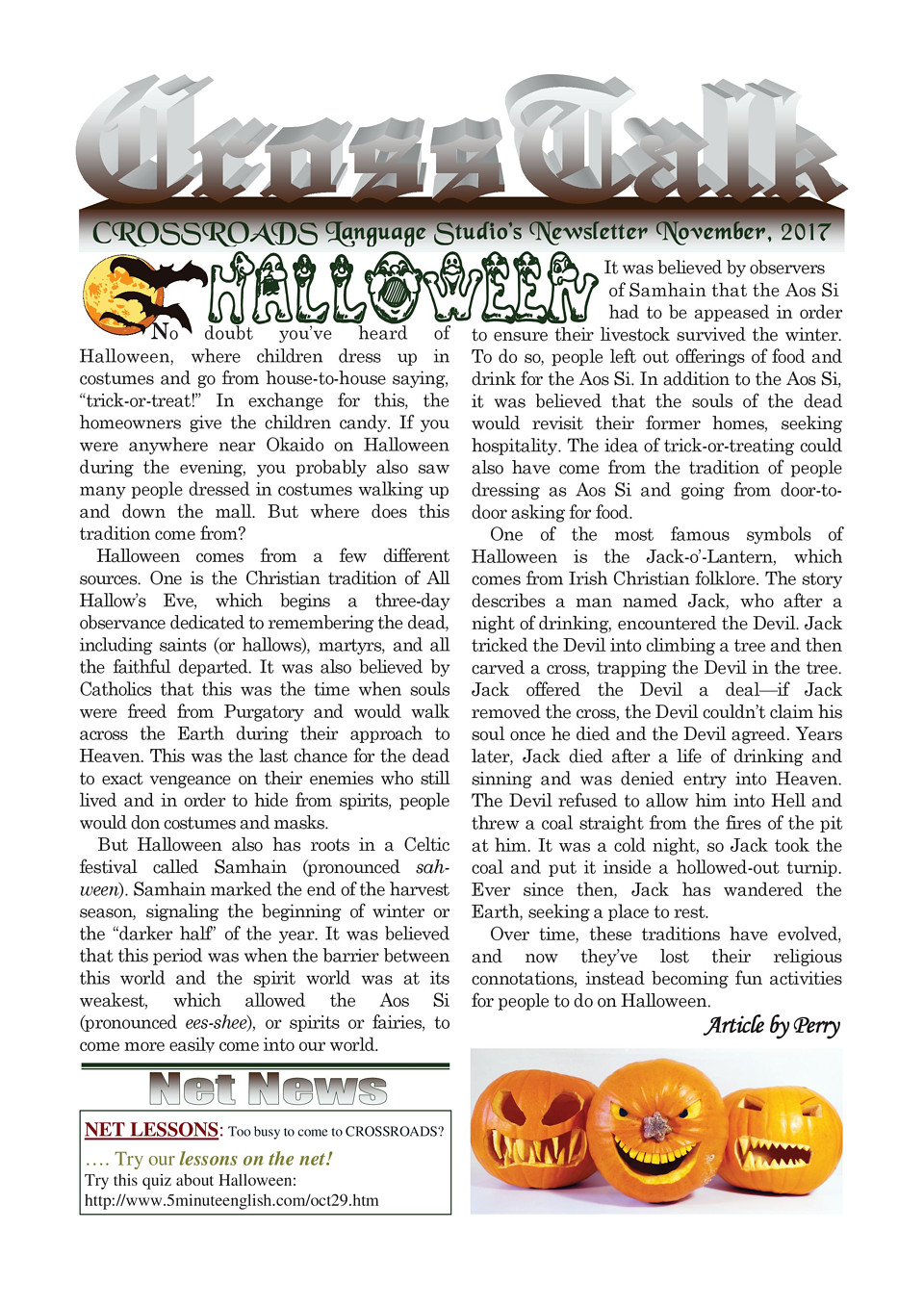 No doubt you’ve heard of Halloween, where children dress up in costumes and go from house-to-house saying, “trick-or-treat!” In exchange for this, the homeowners give the children candy. If you were anywhere near Okaido on Halloween during the evening, you probably also saw many people dressed in costumes walking up and down the mall. But where does this tradition come from?

Halloween comes from a few different sources. One is the Christian tradition of All Hallow’s Eve, which begins a three-day observance dedicated to remembering the dead, including saints (or hallows), martyrs, and all the faithful departed. It was also believed by Catholics that this was the time when souls were freed from Purgatory and would walk across the Earth during their approach to Heaven. This was the last chance for the dead to exact vengeance on their enemies who still lived and in order to hide from spirits, people would don costumes and masks.

But Halloween also has roots in a Celtic festival called Samhain (pronounced sah-ween). Samhain marked the end of the harvest season, signaling the beginning of winter or the “darker half” of the year. It was believed that this period was when the barrier between this world and the spirit world was at its weakest, which allowed the Aos Si (pronounced ees-shee), or spirits or fairies, to come more easily come into our world.

It was believed by observers of Samhain that the Aos Si had to be appeased in order to ensure their livestock survived the winter. To do so, people left out offerings of food and drink for the Aos Si. In addition to the Aos Si, it was believed that the souls of the dead would revisit their former homes, seeking hospitality. The idea of trick-or-treating could also have come from the tradition of people dressing as Aos Si and going from door-to-door asking for food.

One of the most famous symbols of Halloween is the Jack-o’-Lantern, which comes from Irish Christian folklore. The story describes a man named Jack, who after a night of drinking, encountered the Devil. Jack tricked the Devil into climbing a tree and then carved a cross, trapping the Devil in the tree. Jack offered the Devil a deal—if Jack removed the cross, the Devil couldn’t claim his soul once he died and the Devil agreed. Years later, Jack died after a life of drinking and sinning and was denied entry into Heaven. The Devil refused to allow him into Hell and threw a coal straight from the fires of the pit at him. It was a cold night, so Jack took the coal and put it inside a hollowed-out turnip. Ever since then, Jack has wandered the Earth, seeking a place to rest.

Over time, these traditions have evolved, and now they’ve lost their religious connotations, instead becoming fun activities for people to do on Halloween. 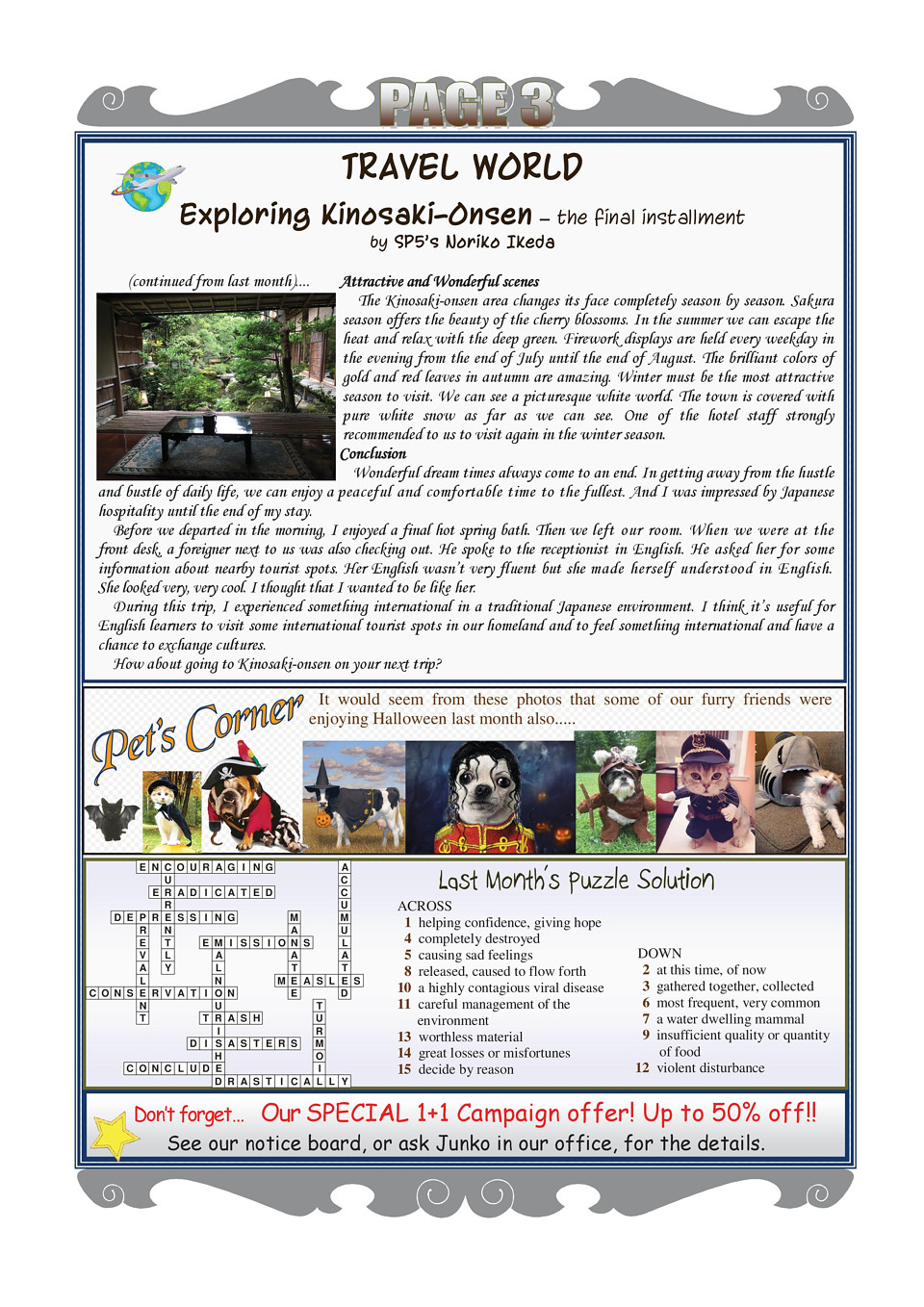