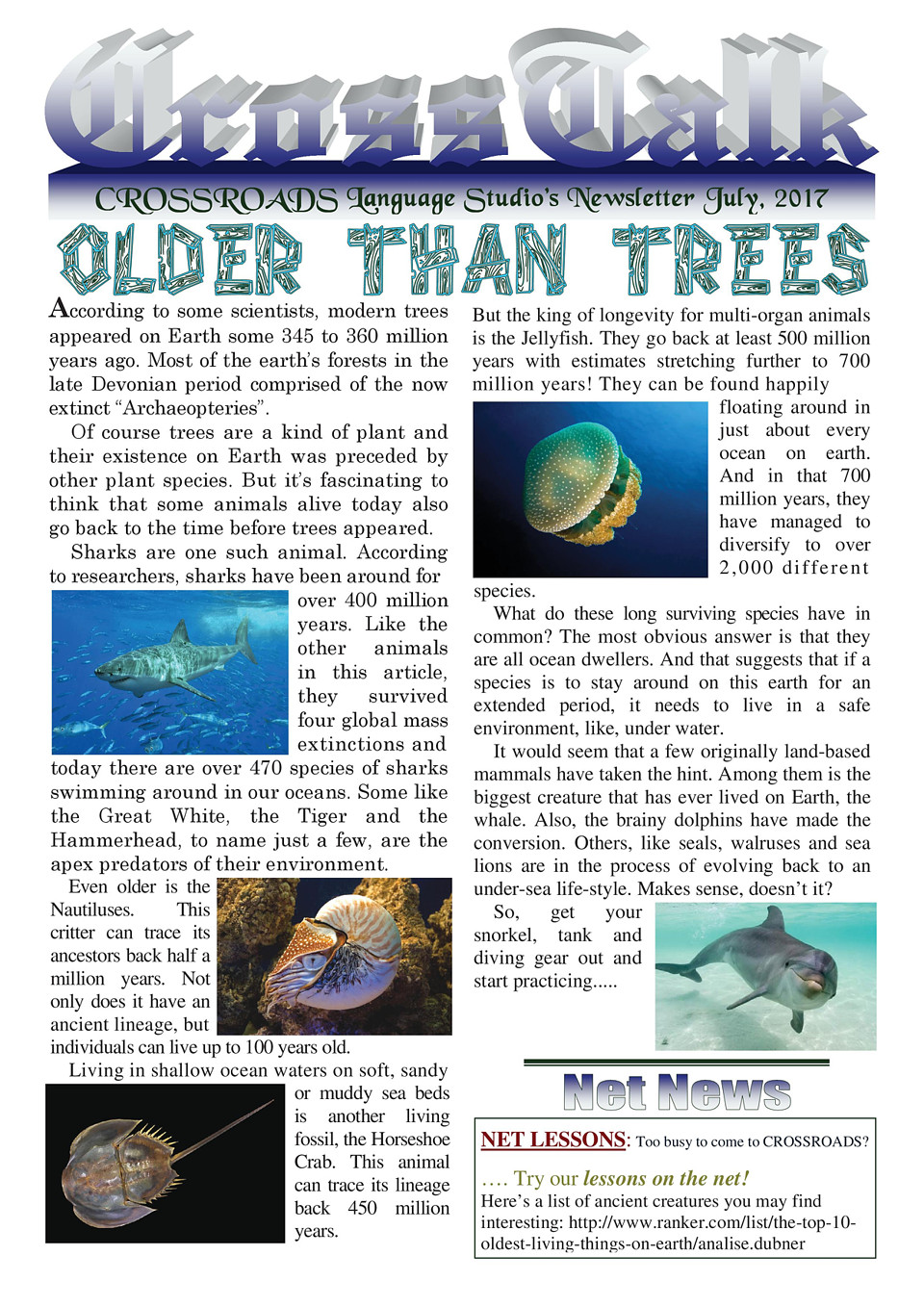 According to some scientists, modern trees appeared on Earth some 345 to 360 million years ago. Most of the earth’s forests in the late Devonian period comprised of the now extinct “Archaeopteries”.

Of course trees are a kind of plant and their existence on Earth was preceded by other plant species. But it’s fascinating to think that some animals alive today also go back to the time before trees appeared.

Sharks are one such animal. According to researchers, sharks have been around for over 400 million years. Like the other animals in this article, they survived four global mass extinctions and today there are over 470 species of sharks swimming around in our oceans. Some like the Great White, the Tiger and the Hammerhead, to name just a few, are the apex predators of their environment.

Even older is the Nautiluses. This critter can trace its ancestors back half a million years. Not only does it have an ancient lineage, but individuals can live up to 100 years old.

Living in shallow ocean waters on soft, sandy or muddy sea beds is another living fossil, the Horseshoe Crab. This animal can trace its lineage back 450 million years.

But the king of longevity for multi-organ animals is the Jellyfish. They go back at least 500 million years with estimates stretching further to 700 million years!

They can be found happily floating around in just about every ocean on earth. And in that 700 million years, they have managed to diversify to over 2,000 different species.

What do these long surviving species have in common? The most obvious answer is that they are all ocean dwellers. And that suggests that if a species is to stay around on this earth for an extended period, it needs to live in a safe environment, like, under water.

It would seem that a few originally land-based mammals have taken the hint. Among them is the biggest creature that has ever lived on Earth, the whale. Also, the brainy dolphins have made the conversion. Others, like seals, walruses and sea lions are in the process of evolving back to an under-sea life-style. Makes sense, doesn’t it?

So, get your snorkel, tank and diving gear out and start practicing….. 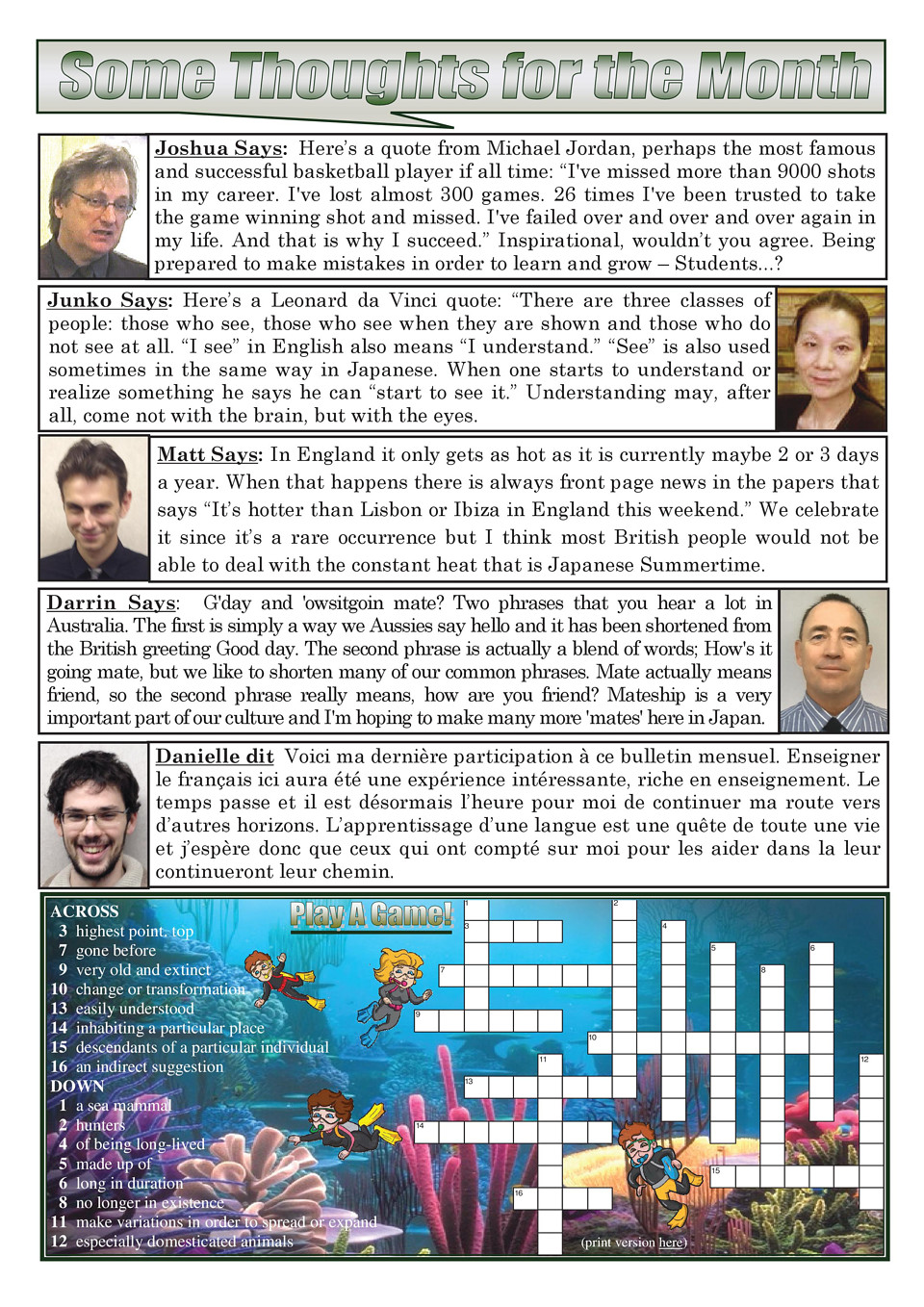